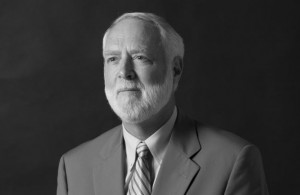 Dr. Wayne Clough, The Secretary of the Smithsonian Institution, will speak on Friday, November 19, 2010 at 8 p.m. at FIU’s Wertheim Performing Arts Center as the featured lecturer for The Patricia & Phillip Frost Art Museum’s Steven & Dorothea Green Critics’ Lecture Series. This event is free and open to the public.

Wayne Clough is the 12th Secretary of the Smithsonian Institution, leading the world’s largest museum and research complex with 19 museums, nine research centers, the National Zoo and research activities in more than 90 countries will speak on New Perspectives at the Smithsonian. Clough envisions a new era for the 164-year-old Institution, expanding the Smithsonian’s global relevance and helping the nation shape its future through research, education and scientific discovery on major topics of the day.

One of his first initiatives led to a new strategic plan that speaks to four grand challenges that will bring together the diverse resources of the Smithsonian’s museums and science centers through interdisciplinary approaches. Efforts are underway to digitize many of the Smithsonian’s 137 million objects in the collection and use the Internet and Smithsonian experts and scholars to reach out to new audiences in the United States and around the world.

The Museum will be open prior to the lecture, allowing visitors to tour exhibitions including Embracing Modernity: Venezuelan Geometric Abstraction; Selections from ANOMIE 1492-2006 by Arnold Mesches; Sequentia by Xavier Cortada; La Habana Moderna in The Wolfsonian Teaching Gallery at The Frost Art Museum and From Old to New.

Dr. Clough’s lecture is the first of three Green Critics’ Lectures of the 2010-2011 season. On February 11, Christo’s talk – “Two Works in Progress: Over the River, Project for the Arkansas River, Colo.; The Mastaba Project for the United Arab Emirates” will detail Christo and Jeanne-Claude’s upcoming projects. On March 4, Under Secretary for History, Art and Culture for the Smithsonian, will discuss the history of the Hope Diamond from its discovery in India in the 17th century, to the French Revolution, the plotting of British King George IV, the gilded age in America and then into the 20th century where the myth of the diamond’s curse made it more famous than ever before.

Where: The Wertheim Performing Arts Center at FIU

Since 1981, the Frost Art Museum has enhanced its exhibitions and educational programs with the Steven & Dorothea Green Critics’ Lecture Series, which has introduced numerous art world luminaries to the South Florida community. Internationally renowned artists, museum curators, scholars and critics have spoken on a variety of art topics to audiences of over 800. For more information, please visit http://thefrost.fiu.edu/critics.htm or call 305-348-2890.