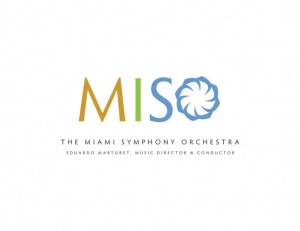 The season kicks off on October 24th with MISO performing at Festival Miami at the Adrienne Arsht Center for the Performing Arts, and runs through May 14th– 15th with the season closer, A Romantic Finale, featuring works by Brahms, Rachmaninoff and Dvorak. Also presented in the nine program season will be Heavenly Voices (November 19th-21st), Golden Sounds from Hollywood (December 10th and 12th), An Evening in Vienna (January 23rd), A Visual Journey through Art and Music (February 13th), Sounds from Spain (March 19th-20th), Masterpieces by Subscriber’s Request (April 9th) and Death and Resurrection (April 30th-May 1st).

Maestro Eduardo Marturet, MISO Music Director and Conductor, has enjoyed much success since the 21st season closed in May, including a star-studded gala, the extension of his contract and his new role as the star of an international Johnnie Walker campaign. But rather than cooling his heels, the fireball conductor is revving up for an exciting season that will present a well-rounded mix of attractions. Returning are fan favorites An Evening in Vienna and Golden Sounds From Hollywood, plus MISO premieres, including Heavenly Voices, an artistic alliance with Master Chorale of South Florida and special guests Arturo Sandoval, Pablo Sáinz Villegas, Gregory Zelek, Eglise Gutiérrez, to name a few.

“I always look forward to the start of a new season,” says Marturet. “I put careful thought into finding a balance of offering MISO patrons music they are fond of and presenting fresh pieces that I hope will become new favorites. Both choral and symphonic works, pieces from great composers and timeless classics will be at the heart of our programming.”