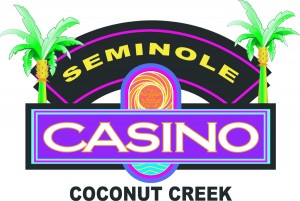 The Lettermen, with founder Tony Butala, Donovan Tea and Mark Preston, have continually recorded since their debut in 1960, amassing more than 70 albums. Their trademark harmonies have garnered 16 Top 10 singles (including “When I Fall in Love,” a #1 hit), 11 gold records, 32 consecutive Billboard chart albums, five Grammy nominations, an Andy Award and a Cleo Award. Other hits were “Theme From  A Summer Place,” “Goin’ Out of My Head/Can’t Take My Eyes Off You,” “Put Your Head on My Shoulder,” and, “Hurt So Bad.” Their newer albums are:  “The Lettermen – Favorites,” The Lettermen – Best of Broadway,” “The Lettermen – Live In The Philippines,” “The Most Wonderful Time of the Year,” and “The Lettermen: New Directions 2010 (2010).”

WHERE: The Pavilion at Seminole Casino Coconut Creek