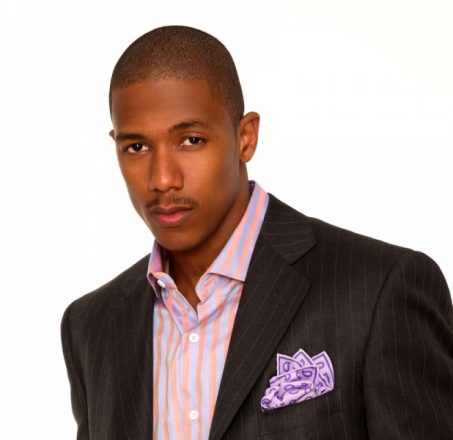 At 30, Nick Cannon wears many hats. Cannon is a TV and radio personality, a rapper, a comedian among many other titles. He now serves as chairman of TeenNick, and creator and executive producer of the TeenNick HALO Awards.

TeenNick Halo Awards is in its second year, and is equivalent to CNN’s Heroes, an award show created to recognize the heroic efforts by young people through helping and leading others. TeenNick HALO Awards focuses on celebrating young leaders who have done extraordinary work in their communities and are rewarded for their philanthropic endeavors by celebrities or Halo Matches.

This year TeenNick HALO Award will honor four young leaders, among these honorees is a Miami resident and Haiti native, Herold Charles.

Originally from Jacmel, Haiti, Herold moved to Miami five years ago for a better education.  While his family was spared from the earthquake that hit Haiti last January, he dedicated his time to help 25 families in the U.S. locate their loved ones.  Since then, he was worked with Humanity Road, Help Haiti Heal and Help Chile Heal to help those who continue to suffer.  His HALO match is Wyclef Jean who also keeps the plight of Haiti alive with continued rebuilding efforts and by providing scholarships to Haitian children through his Yéle Haiti Foundation.

In my conversation with Nick Cannon, he elaborated on the Halo Award and why Herold’s story is a fascinating one.

Congrats, you are about to become a dad. How do you feel?

Nick Cannon: Thank you, I feel amazing. It is an amazing experience. It is one of those things that’s quite a journey, so you take it day by day.

I understand that the Halo awards is one of your babies. You are heavily involved in the development and creation. Tell us about it and why is it important for young people?

Nick Cannon: Halo Awards is an award show that I created. I wanted to shine the spotlight on young people who are helping and leading others in their communities. I am tired of seeing so many awards show where celebrities are giving awards to other celebrities, so I figured it is time to pass the baton where celebrities are the ones giving these awards to the leaders of tomorrow.

What tricks did you have to pull to get Mariah (wife) to come on board?

Nick Cannon: It wasn’t that difficult. I just had to roll over and ask my wife if she wanted to or not. Of course, she said yes.

There are a lot of distractions out there for teens. How did you manage to stay focus and grounded in your teenage years?

Nick Cannon: My family more than anything else. My family was very spiritual and morally connected to me growing up – just raising me properly.It is a major thing to raise your child up right and establish those morals and teaching them the difference between right and wrong. That is the blue print to move forward and create a good human being.

You actually met with each honoree. What was their initial reaction?

Nick Cannon: The whole purpose for the Halo Hits – when we roll up on them, it is to surprise them. We try to keep it a secret as much as possible, so every reaction is genuine when you see it. They jump for joy, in shock or in tears. It is great to see all the different emotional responses.

Did they recognize you?

Nick Cannon: Yes, I am big in that demographic. 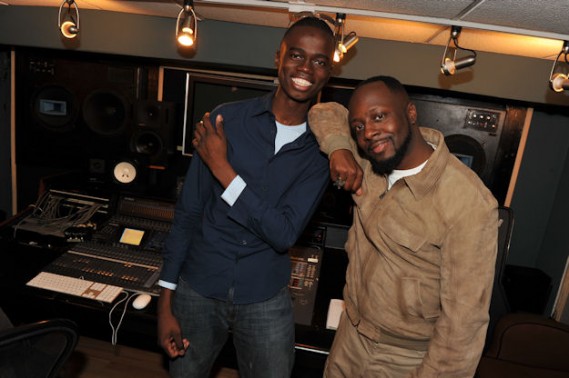 Herold is from Miami and Wyclef is his match. Tell us a bit about Herold.

Nick Cannon: Herold is a remarkable young man who was not necessarily involved in a certain charity or even doing a lot of philanthropic things. He is just a young man trying to better himself. He moved from Haiti when he was young. He was separated from his family, and when the devastating earthquake hit Haiti, he helped. The reason why this story is so amazing – what propelled him into activism? Anyone could have done it, and he just became a leader in the moment. He connected people via twitter, and his cell phone to get people in the United States to contact with people in Haiti to find out if their family members were ok. He created his own system, right there online. For him to do that, from this point on to further his efforts and connecting people and doing so many things for Haiti, just shows that anyone can get involved and change the world.

Please elaborate on the Halo match.

Nick Cannon: Besides the obvious of them being Haitian, their love for the country and people of Haiti, they are doing things to better the living circumstances for the people in Haiti by all means. They are getting connected and involved as much as they can, because their families are still there.

How did it come down to these four honorees? Was it a difficult decision?

Nick Cannon: The selection process was extremely difficult, because there are so many young people in the world who are doing amazing things, but the cream rises to the top. These are not the top four, these are the four we chose for this Halo Awards. There will be four more, and ultimately we want to select a Halo person every month or a Halo honoree every week. We will get to that point when we get enough money. That is the goal to build this organization. We are helping our young people with their organizations every week or everyday of the year, if possible. There are a lot of young people who would like to change the world, but they do not have the tools. We want to give them the tools.

You are young at heart, and you seem to have fun in anything you do. How does this work in your professional and personal relationships?

Nick Cannon: I do like to have a good time. When you are doing good, you want to having a good time doing it. When you watch the Halo Awards, it’s quite entertaining. I still get to be my silly over the top self, when you see the show. It has not changed me much. It has given me a lot of playing field to have fun with people.

What is your advice to teens who struggle to stay focus and positive?

Nick Cannon: Just get out there and do something. It doesn’t have to be something extraordinary, or something that garners attention. Help someone across the streets, help someone with their groceries, whatever it is-just do something. You will feel good to do for others, and once you do that, it becomes contagious, and you want to do it again, and again. It will then become your way of life.

TeenNick, Nickelodeon’s 24-hour TV network exclusively for and about teens and tweens, will partner with mega-stars Mariah Carey, Ashton Kutcher, Rosario Dawson and Wyclef Jean to recognize four deserving teens who are philanthropic leaders in their communities in the second annual TeenNick HALO Awards.  Conceived, hosted and executive produced by TeenNick Chairman Nick Cannon, the hour-long special that honors real-life teens who are “Helping And Leading Others” (HALO) will premiere Friday, Dec. 10, at 8:00 p.m. (ET) on TeenNick, followed by an encore on Nick at Nite at 9:00 p.m. (ET/PT).  TeenNick partnered with the Entertainment Industry Foundation (EIF) to provide the grants and scholarships awarded to each HALO honoree.