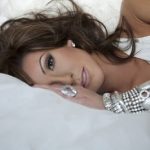 For an international cultural melting pot filled with the young, gorgeous and wealthy looking to live the good life like Miami Beach, where everyone comes for the sun and fun – though amazingly the city welcomes the most connected and interesting young professionals, nobody better than Katrina Campins could have been chosen.

Everybody remembers her as one of the stars of the first season of “The Apprentice.” With Donald Trump.

Katrina Campins, born and raised in Miami, graduated with honors from University of Miami and is a known for her passion and constant quest for excellence.

This first generation Cuban-American bombshell knows the ins and outs of Miami Beach and is tapped into the nightlife and a staple on the social scene.
Never one to sit still, Katrina agrees to be named careerist with the rising success of her company.

Also known for the saying “work hard, play hard.” Katrina Campins is one of Miami’s hottest real estate agents, ranking in the top ½ percent of realtors nationwide. She founded and owns her own real estate brokerage firm, The Campins Company, which caters to an elite clientele, including celebrities and athletes.
Her sales production exceeds $ 450 MM dollars since the launch of her company.

She gives back to her community and is involved in several charitable organizations in South Florida.

In the new series “Miami Social” exploring the lives of a group of 6 hot, young professionals in the vibrant South Beach, Katrina Campins will find herself struggling with the rising success of her company versus the romantic lows of her marriage.

On July 14, you do not want to miss the Bravo’s series premieres to get a true inside view of the social scene of South Beach with its youngsters, corporate types by day and party animals by night.

View a clip from the series here.

All interviews found on PremierGuideMiami.com and PremierGuide.blogspot.com are commissioned by and original work of Premier Guide Miami LLC.