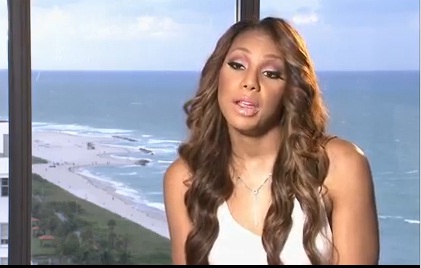 Nobody puts “Baby” in the corner. Besides, this baby wouldn’t stay there anyway!  Tamar Braxton, the youngest of the Braxtons, is loud, proud and in your face.  A bonafide star in her mind, Tamar is tired of waiting for the spotlight to shine her way.  She’s waited too long and watched too many others get their chance at stardom and she is past ready for her shot.  But her super-music producer husband Vince sees things differently and doesn’t think Tamar is ready.  This leaves Tamar incensed and no amount of yelling, screaming and kicking will get her the fame she craves without causing a rift in her marriage.  Will Tamar succeed, or blow her chances with her tantrums?

Join Toni – “The Superstar”, Traci – “The Underdog,” Towanda – “Mrs. Congeniality,” Trina – “The Wildcard,” Tamar – “Baby” and their headstrong mother Evelyn – “The Force,” as they yell, cry and harmonize their way across the Braxton family stage.  These tight–knit sisters are not afraid to reveal the intricacies of their sisterhood as they battle it out for the spotlight with sibling rivalry, man drama, bankruptcy, a DUI and much more.  See if their sisterly bond can withstand the trials and tribulations of life in the fab lane. 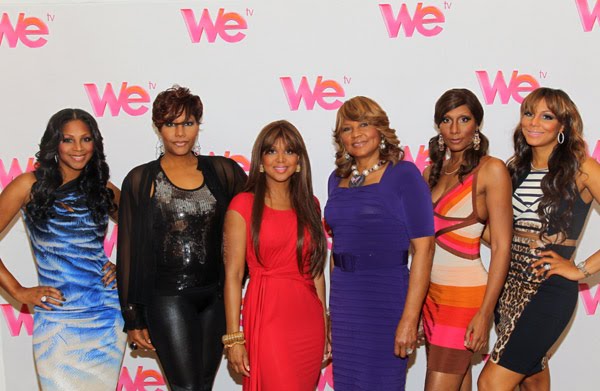 When did you realize that you really had a show?

Tamar Braxton: Well I knew ever since. I knew since about 2007 maybe, 2008. And I asked my sisters and they were like, uh, no you’re tripping absolutely not and especially Toni she was not interested. And then it took awhile but she decided that it’s time for her to tell her own story and we convinced her into doing it. So here we are.

What was the reason for you as a family to create Braxton Family Values?

Tamar Braxton: This is not a career choice or a career move it was something that we felt was necessary to do. I actually came up with the idea around 2007, 2008 and my sisters shot me down from day one — no, get out my face, I don’t want to do that, that’s, no thank you. And then we all realized that we actually all not just Toni but we all had a story to tell. Trina had her thing with her husband and she went down the wrong path. And of course Toni and her financial and health situation. And myself trying to balance being a wife, being a, trying to launch my, Toni is making fun of me right now, my superstarism that’s inside of me and Towanda’s trying to find herself and then Tracy realizing that life goes on and things, and decisions that she made when she was a teenager she has to live with them now as an adult. So we thought that other females not just as celebrities but as females we thought that it would definitely make a difference in someone’s life that they can take with them and apply it to theirs.


How are you and the family getting filmed and pretty much airing out of your personal issues relating to family and business and just being filmed 24/7?

Tamar Braxton: From Toni’s perspective as a serious celebrity they kind of look into your life anyway. So why not have your situation controlled where you can specify and make sure that this is the exact reason, the exact story that needs to be told and not speculating and people thinking they know everything. And because they‘re in your business regardless so you might as well tell your own business and make sure the facts are straight. 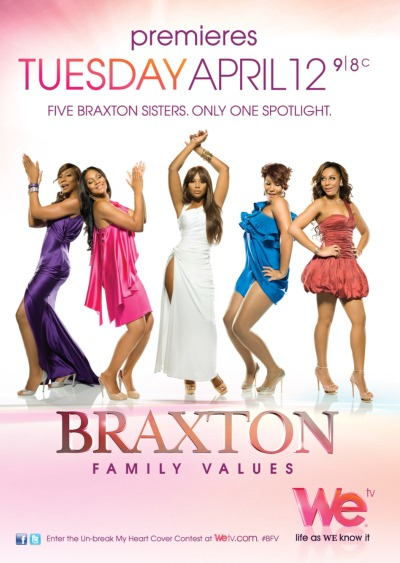 Did filming the series change your relationship?

Tamar Braxton: Yes it did, it definitely did. Except for us it worked out in the end. Because we’re not just friends. We don’t have to go home and not speak to each other until next season or whatever. We have to deal with each other because we’re siblings and we became very, very close and now I feel like we can tell each other anything. It was rough.

What was it that made it rough?

Tamar Braxton: The honesty. The honesty was very, very purging.  And to have that being done in front of the cameras is sometimes challenging. I just said it worked out for the best for us and just allowed us to do a lot of healing.

Do you worry about the backlash?

Tamar Braxton: At the end of the day you can never be ashamed of the truth. The truth is the truth.You can’t hide from it, you can’t fake it, it is what it is. So it’s nothing to explain after that. So people can say whatever they like we are proud of Toni, we are proud of her accomplishments, we are proud of her motherhood, her sisterhood. And not only will we not acknowledge the people who talk negatively but it, I mean they’ll never make us feel ashamed of her. Ever.  So it’s no need for them to hate. So they should just come on and watch the show and enjoy themselves.

It seems like you’ve been trying to strike out on your own but your husband doesn’t think that you’re ready. How has that impacted your marriage?

Tamar Braxton: It’s not the fact that he doesn’t think that I’m ready. Benjamin and I we were actually friends first. Toni actually introduced us. Benjamin’s been Toni’s best friend for years and Toni decided one day she was tired of me being single and so she set us up and we were friends at first. And at the end of the day that’s the foundation of our relationship like we can still always go back to our, the friendship part of the relationship and really have open conversation about things. It’s definitely, marriage is hard. And nobody told me that all of my sisters were married but they didn’t tell me none of that. It’s, marriage is tough. And my whole point of asking him like well why don’t you put me on hook with Lady Gaga or Toni or whatever. Because I just felt like at that point well I’m good enough to sing their background why am I not good enough to sing a duet? So that was just my whole point.

Are you a fan of Lady Gaga?

Having Toni as the superstar of the family, has it affected your relationship or has it put any pressure on your career?

Tamar Braxton: She is. You know what actually I’ve only known Toni to be a superstar in my life. Like when I was 12 years old she was on stage getting Grammy’s. So the outlook that I have on an older sister is a superstar. So no that has not effected our relationship at all. And I wanted to sing because I saw Star Search and I thought that I was going to win when I went on Star Search. So it had nothing to do with Toni it was just a personal goal of mine that I have always had. Like I started singing on the toilet and my sister’s came in and started harmonizing with me. So it had nothing to do with who Toni became or what her dreams and aspirations are. You know we’re always together too. It might not have been the best thing for her at the time. Because she had to grow up and some people go off to college and get to know themselves but we appreciate her for that and for that we’ll always love her and have the greatest respect for her.

Were you ever jealous of your sister’s success?

Tamar Braxton: Never. Hell no. We support her.


Having a show with so many women and a lot of drama, will we see any cat fights?

Were you worried about showing too much of yourself?

Tamar Braxton: I think that now in 2011 the status of celebrity has definitely changed. Like people really want to know. I think that the misconception is that back in the day when people bought records they bought records because they liked the songs. But they also bought the records because they thought they could identify with the person. And so why not show the people this is really who I am accept me for who I am or do not and that’s it.

Were there a lot of embarrassing moment that you wanted to be removed from the show?

Tamar Braxton: Well actually we wanted to do this show and keep it 100% reality. It’s not a lot of stuff that we said and you better not show that. No it was nothing like that.

Tamar Braxton: I wish I knew my mother back then. My mother is an amazing, amazing woman and she is the example of who we are. We all have different bits and pieces of her that make up of this wonderful woman that we have that’s our mom and she is the matriarch of our family and although we are grown she will pull us down and be like look I am your mother. Keeps us honest.

When your mother starts dating again is that person going to have to be critiqued and judged by all five of you?

Would you guys ever make a whole album together like the Jacksons?

Tamar Braxton: Will we ever make a Braxton’s album, let’s see. Well we had a Braxton single out what is it 1990?  We sold three copies, my mom, my dad, my grandma. So I don’t know we’re a little skeptical about it. People are in different place in their lives so I don’t know we’re talking about it. We’ll see what happens.


Are you guys still doing anything together as the Braxtons?

Tamar Braxton: We are working on some things. Now you’ll see during the show the biggest beef that we have has been Toni’s background singer. But maybe we can all be on the stage together and share the mike share one, five mike’s on stage at one time. But we love our sister but for us it’s just all of us being together although we do get on each other’s nerve sometimes.

What do you hope will come from this?