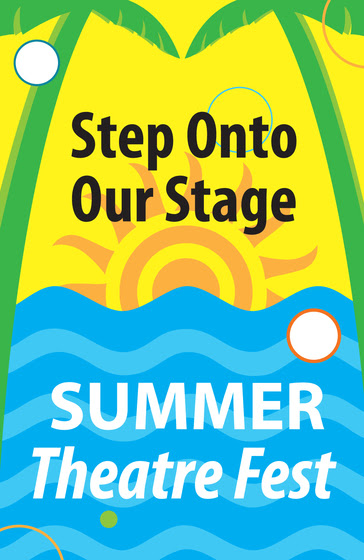 The award-winning Area Stage Company in Coral Gables will host a free reading of Jose Luis Acosta’s “LA NOCHE / THE NIGHT,” as part of the South Florida Theatre Leagues’s “Stages of the Sun” series. This Spanish-language performance is a preview for a cross-Atlantic dual premiere next year at the Cervantes Theater in London and at the Area Stage Company in Coral Gables. On Monday, August 12 at 7:30 PM, a preview selection will be read in Spanish directed by Maria Banda-Rodaz, executive director and co-founder of ASC.

Please note that this reading is a ticketed event and is currently sold out.

A reading of six short plays by Marj O’Neill-Butler, including multiple comedies, will be presented by Primal Forces at Sol Theatre, 3333 N. Federal Highway in Boca on August 12, 2019 at 7:00 PM.  These short plays include a pushy mother, a young, know-it-all artist, missed connections, sex after 60 and more.

August 19
Quoting Shakespeare – an evening of short plays derived from a quote from the works of Shakespeare
By several South Florida playwrights to be named in July after submissions are reviewed
Presented by members and associates of the Shakespeare Troupe of South Florida
At Pompano Beach Cultural Center
50 W Atlantic Blvd, Pompano Beach, FL 33060
At 7:00 PM

Romance exists in many forms, in many ways, and with many faces. Often times, we forget that’s the case. Imagine taking a peak into the problems and perils that exist throughout all forms of true love. With many stories, faces, and unconnected scenarios, you might discover that different kinds of love are not as different as they seem.

August 26
We end the Fest with a celebration of the South Florida Theatre Community’s unsung heroes with the League’s Remy Awards. Details on winners and ticketing information available here.