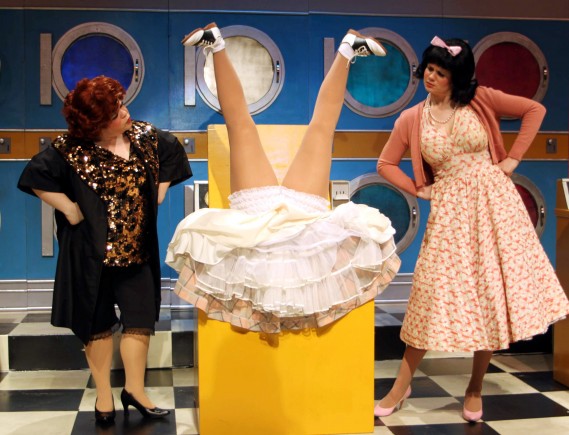 Combining the best songs of the Baby Boomer era with a lot of humor, a stellar cast and a veteran technical team, “SUDS” is the ideal choice for Miami Beach Stage Door Theatre’s debut at the landmark Byron Carlyle in Miami Beach.  The show begins its run on Friday, July 29 and continues through Sunday, September 4.

The highly anticipated opening of the Miami Beach Stage Door Theatre will not disappoint!  Derelle Bunn and David Torres, co-founders of the Broward Stage Door Theatre, their flagship theatre in Coral Springs, are widely known for producing large-scale, award-winning musicals. The theatre received a Carbonell Award for Best Production of a Musical in 2011, and with the opening of “SUDS” at the Byron Carlyle, they bring their 19 years of successful theatre production experience to Miami Beach.

“SUDS” features more than 40 hits from the ‘60s, with the accompaniment of a live three-piece band.  From “Chapel of Love” to “Johnny Angel,” “SUDS,” will take you back to your first kiss, your first make-out session under the boardwalk or your first ride in a GTO.  The music serves as a fun-loving backdrop for the hilarious story of three girls trying to find love in a laundromat, and it bubbles over with fun! 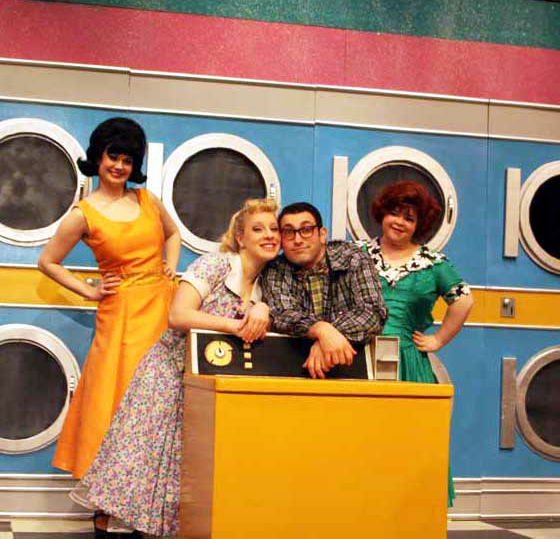 The show’s previous run at the Broward Stage Door Theatre garnered rave reviews, and while originally scheduled to run there for six weeks, it was so successful that it was extended for six months.  With the same production team for “SUDS” at the Miami Beach Stage Door Theatre, the show will certainly maintain the Stage Door’s high level of excellence.

“Opening in the summer, we wanted to kick off the season with a light, fun musical production, continuing our tradition of presenting the best in musical theatre,” says Derelle Bunn.  “We are looking forward to our new second home and to working with the area businesses to make North Beach a thriving destination for locals and tourists alike.”

Technical Credits: Award-winning director/actor Dan Kelley, a fixture on the local theater scene for 25 years, directs “SUDS.”  He is often recognized from his appearance on the pilot of Burn Notice and is a regular on the HGTV series My House is Worth What? Bill Hirschman, theatre critic at the Sun-Sentinel, praised Dave Nagy for his musical direction of “SUDS.”  “As musical director, Nagy has masterfully led the quartet in creating nougat smooth harmonies…The entertainment is as comfortable as a pair of saddle shoes.”  The set is crafted by Stage Door Scenic, Lighting by Ardean Landhuis and Costumes by Costume World, the world’s largest costume house.

Following “SUDS,” South Florida arts patrons are in for an exciting 2011-2012 season of award-winning musicals, beginning with “A Funny Thing Happened on the Way to the Forum.”  The season’s roster also includes “Lend Me a Tenor,” “Guys and Dolls,” Irving Berlin’s “I Love a Piano,” “Annie,” Neil Simon’s funniest and most famous comedy “Last of the Red Hot Lovers,” the all-time favorite “My Fair Lady,” “The All Night Strut!” and “Little Shop of Horrors,” one of the longest running Off-Broadway shows of all time.