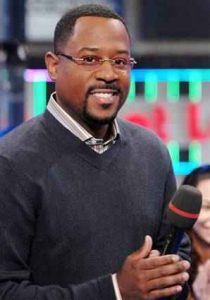 Performances for the fifth season will be taped May 13-16 before a live audience at The Chicago Theatre.  Underwood will step in for original host Doug Williams, who will continue to serve as executive producer of the show. Comedians scheduled to appear in the series include Deon Cole, who will also guest host two episodes, Sandra Bernhard, Jimmie “J.J.” Walker, Roz G, D’Militant, Scruncho, Darren Carter, Pierre, Jay Phillips, Melanie Comarcho, Ian Edwards, Chocolate, Damon Williams, among others.

“Sheryl is one of the funniest women I know,” said Lawrence, who is the show’s executive producer.  “She keeps her comedy real, she keeps it raw and that’s my kind of stand-up.”

“It’s great to have the show return to Starz for another season and it’s a tremendous pleasure to have Sheryl, one of the funniest comedians on the scene, join as host,” said Williams.  “Sheryl will bring her likable style to the stage and her ability to make controversial topics humorous. Showcasing edgy, in-your-face talent is what this show is all about.”

“’Martin Lawrence Presents 1st Amendment Stand-up’ provides a unique national platform to showcase some of the top comedians at their unfiltered best,” said Stephan Shelanski, executive vice president, programming, Starz Entertainment.   “We’re fortunate to get someone as fresh and funny as Sheryl Underwood to host the show this season.”

Underwood served as host of BET’s “Comic View” and her own BET talk show “Hollah.” Her other television credits include HBO’s “All Star Def Comedy Jam,”  Showtime’s “Laffapalooza,” “Motown Live” and Fox’s “Saturday Night Special.” Her film credits include Bullworth, I Got the Hook Up and Beauty Shop.

With more than 20 years of professional comedy experience, Underwood has headlined top comedy clubs across the country, including Carolines On Broadway, the Improv and Funny Bone comedy club chains.  Known as a political satirist, Underwood’s controversial opinions as a sexually progressive, God-fearing, African American, Republican woman come across loud and clear during her stand-up.  Her claim to fame is that she dares to say what people are really thinking and makes no apologies for it.

Underwood holds a Master Degree and served in the USAF Reserve.  She is a member of Zeta Phi Beta Sorority, Inc., the National Council of Negro Women and the NAACP.