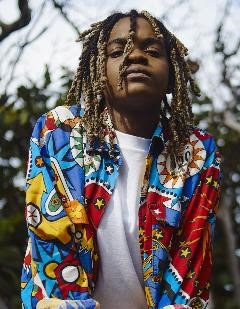 With a total 27,139 attendees, sold-out flights and the highest June air arrivals ever, the 2019 St. Kitts Music Festival was the most successful in its history. Striving to top the record-setting event, the Ministry of Tourism and the St. Kitts Tourism Authority along with the St. Kitts Music Festival Committee are pleased to announce the first wave of artists who have been signed to perform at the 24th annual festival taking place June 24 – 28, 2020. These artists include such popular and well-known performers as Jimmy Cliff, Koffee and Wizkid.
“In 2019, we had a record-breaking St. Kitts Music Festival and we aim to surpass expectations again in 2020,” said the Hon. Mr. Lindsay F.P. Grant, Minister of Tourism, International Trade, Industry and Commerce. “We look forward to yet another three nights of outstanding performances and we’re pleased to have already confirmed these talented and acclaimed artists to perform in our 24th year.”
Racquel Brown, CEO of the St. Kitts Tourism Authority, added, “A 6.8% increase in total air passenger arrivals into St. Kitts in June 2019 as compared to June 2018 demonstrates how instrumental the event is in driving inbound tourism at the beginning of the summer season. The record-breaking June air arrivals for the past two years in a row highlights the effectiveness of our marketing initiatives. This year, we are striving to achieve even greater results.”
Chairman of the St. Kitts Music Festival Damion Hobson commented, “The St. Kitts Music Festival is known for its diverse range of international and local artists representing a variety of genres that appeal to a wide base of musical tastes. Therefore, we are continuing to select artists based on this successful model to continue to grow the event moving forward as this announcement of our first wave of artists attests.”
Jimmy Cliff is a Jamaican ska and reggae musician, multi-instrumentalist, singer, and actor. In addition to receiving his country’s highest honour, “The Order of Merit,” he holds the distinction of being one of two Jamaican Rock and Roll Hall of Fame® Inductees-in good company with Bob Marley. His immortal anthems include the hits “I Can See Clearly Now,” “Wonderful World, Beautiful People,” “You Can Get It If You Really Want,” “The Harder They Come,” and many more. In 2012, his album Rebirthearned the GRAMMY® Award for “Best Reggae Album” and graced Rolling Stone’s “50 Best Albums of 2012.” He has delivered show-stopping performances at Coachella, Bonnaroo, and beyond and collaborated with artists ranging from the Rolling Stones and Elvis Costello to Annie Lennox and Paul Simon.
At just 19 years old, Mikayla Simpson, better known as Koffee, is a Jamaican reggae singer, songwriter, rapper, deejay and guitarist from Jamaica. She released her debut single, “Toast,” in 2018 followed by hit single “Raggamuffin,” later that year. In 2019, she signed with Columbia Records and released her single, “Rapture.” Her 2019 album of the same name, Rapture, received a GRAMMY® nomination in the Best Reggae Album category. Rising star Koffee has already performed with the likes of such reggae greats as Cocoa Tea, Protoje and Chronixx in her blossoming career and her mission to bring good vibes and positive change to impact the world.
Nigerian singer and songwriter Wizkid started recording music at the age of 11. He signed a record deal in 2009 and rose to prominence after releasing “Holla at Your Boy,” the lead single from his debut studio album Superstar in 2011. In February 2014, Wizkid became the first ever Nigerian musician to have over 1 million followers on Twitter. In 2016, Wizkid achieved international recognition following his collaboration with Drake on the global hit, “One Dance,” which reached number one in 15 countries, including the United States, United Kingdom, Canada and Australia. His third studio album, Sounds from the Other Side, was released by RCA Records in 2017. Further to his solo work, he has collaborated with several other artists and was featured on the hit “Brown Skin Girl” (with Beyoncé).
Now entering its 24th year, the St. Kitts Music Festival attracts both locals and visitors alike. It features a wide range of musical styles on the popular market, including R&B, Jazz, Hip-Hop, Reggae, Soca, Calypso, Gospel and Contemporary music. Past artists have included such prominent acts as John Legend, Lionel Richie, Jason Derulo, Buju Banton, The Goo Goo Dolls, Trey Songz, T-Pain, Michael Bolton, R. City, K.C. and the Sunshine Band, Wyclef Jean, Ne-Yo, Air Supply, Patti LaBelle, Ms. Lauryn Hill, Kenny “Babyface” Edmonds, Shaggy, Kelly Rowland, Tarrus Riley, Tessanne Chin, Toni Braxton, Sean Paul, Boyz II Men, King Konris, Stephen Marley, Maxi Priest, Beres Hammond, and Biggie Irie. For more information about the St. Kitts Music Festival, visit http://www.stkittsmusicfestival.com/ or the event’s Facebook page.