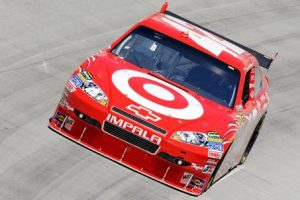 Juan Pablo at Charlotte for Race 13 of 36 en route to crowning the Sprint Cup Champion in Miami Nov. 21

? On Lap 61, he got loose and spun out on the backstretch, hitting the inside wall. The team went back to the garage for repairs and when leaving the garage area, the transmission broke, causing them to change out the transmission. JPM returned to the track on lap 130 and stayed out there until approx 30 laps remaining in the race when they parked it and called it a night. JPM finished in the 38th position (306/400 laps completed).

? Juan Pablo currently sits in the 20th spot in the NASCAR Sprint Cup Series point standings, with 13 races to go before the Chase “playoff” field is set.

? This year, Montoya has started all 13 races of the Sprint Cup season but has fallen victim to an inordinate amount of engine issues and on-track tangling—which makes the following stat all the more remarkable: In the six races in which he has completed all laps, South Florida’s hometown’er has recorded a phenomenal four Top 5s and two Top 10s to remain in the hunt for this year’s “playoffs,” which culminate with the 2010 Champion being crowned at Homestead-Miami Speedway Nov. 21.

? Montoya continues his points-race pursuit of the Sprint Cup Series Championship–to be crowned Nov. 21 on his “home track” of Homestead-Miami Speedway—with Race 14 of 36 at Pocono on Sunday, June 6 (1 p.m., TNT TV).