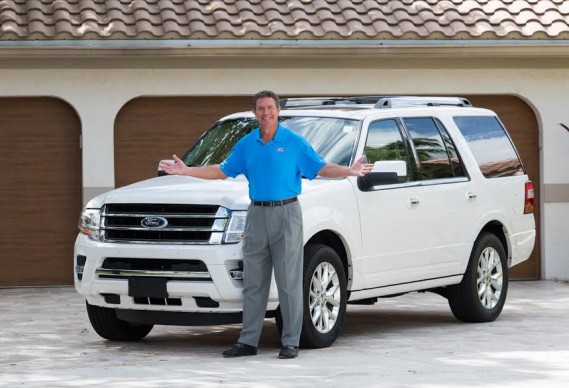 “I’m very excited to be South Florida Ford’s Brand Ambassador. The South Florida Ford Dealer Association is a great group to work with and I am thrilled to be driving my Ford Expedition,” said Marino. “It’s got the power I have come to love from Ford vehicles, with the handling and appointments of a luxury vehicle.”

A first-round draft pick by the Miami Dolphins in 1983, Marino became an instant NFL sensation, setting the standard for quarterback excellence. He became the only rookie quarterback ever to start in the Pro Bowl in 1983 and was named the NFL’s Most Valuable Player in his second season (1984). The nine-time Pro Bowler played in 18 playoff games and led the Dolphins to the Super Bowl in 1985 against San Francisco. Upon his retirement, Marino held 25 NFL regular-season quarterback records and was tied for five others. He quarterbacked Miami for 17 years, positioning the Dolphins as perennial championship contenders throughout his career. One of three players ever to do so, he twice won the Dolphins’ Community Service Award (1996 and 1998), and was named the NFL Man of the Year in 1998. He was inducted into the Pro Football Hall of Fame in August 2005 and in 2010 he was ranked number 25 on the NFL’s Top 100 Greatest Players list.