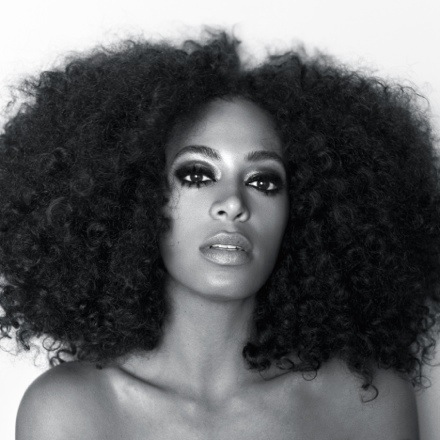 The Adrienne Arsht Center for the Performing Arts of Miami-Dade County is proud to present the South Florida premiere of critically-acclaimed singer-songwriter SOLANGE. As part of the Center’s 2012-2013 Live at Knight Series, SOLANGE and her twelve-piece band will perform a rare concert complete with hits and songs from her sleek new EP, True, on July 5 at 8:30 p.m. inside in the acoustically superb John S. and James L. Knight Concert Hall.

Tickets to SOLANGE are $25, $40 and $50*. A $150 VIP package option includes a pre-concert reception, premium seating, and a meet-and-greet and photo opportunity with SOLANGE. Tickets are available to Arsht Center members now and to the general public on June 6. Tickets may be purchased through the Adrienne Arsht Center box office by calling (305) 949-6722, or online at www.arshtcenter.org.

“For her South Florida debut, SOLANGE will make a memorable first impression as she takes her show from the nightclub and festival grounds, to a world-class concert hall stage – a rare performance ultimately poised to please local fans with a synthesized, retro-soaked symphonic sound led by the artist’s beautiful vocals and lyrics,” said John Richard, President and CEO of the Adrienne Arsht Center.

SOLANGE is currently enjoying critical success from her first and recently released EP album True (2012). Produced by musician-producer and longtime collaborator Dev Hynes aka “Blood Orange,” True “has sent ripples across the music world, pleasing fickle bloggers and established critics alike (Vogue.com),” as well as attracting a large new set of fans. The EP’s addictive lead single “Losing You” is reflective of SOLANGE’s journey as an artist, bringing listeners a charmingly fresh sound, “with a breezy fusion of singer-centric R&B, 1980’s pop, and lanky mid-tempo hip-house beasts,” as described by Spin Magazine.

Along with her success as a jet-setting DJ, SOLANGE has also worked with legendary female group Destiny’s Child and penned smash-hit songs such as “Get Me Bodied” and “Upgrade You” for her sister Beyoncé. In addition, she’s earned BET Award and Soul Train Music Award nominations and three consecutive singles – “I Decided,” “Sandcastle Disco,” and “T.O.N.Y.” – notched at the number one spot on the US Billboard Hot Dance Club Play. SOLANGE’s previously released albums include Solo Star (2003) and Sol-Angel and the Hadley St. Dreams (2008), which entered the top ten of Billboard’s 200 chart.

Most recently, SOLANGE took to Twitter to announce the launch of her own record label named Saint Records, which she will be using to release her upcoming third full length album. “I’ll be releasing my music and other projects distributed through Sony! Through Saint Records, I will have 100% creative/artistic control and continue to passionately pursue my footing in this new musical movement,” said the artist.