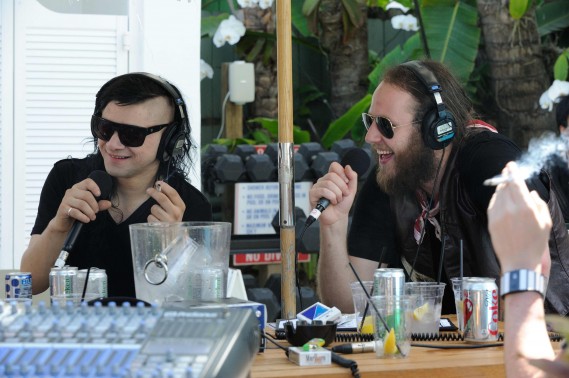 Mods, rockers, punks and hippies gathered at the Raleigh hotel for day two of MUSIC LOVES FASHION, resembling more like a rendezvous for a modern-day Woodstock than a headline event for Miami Music Week. 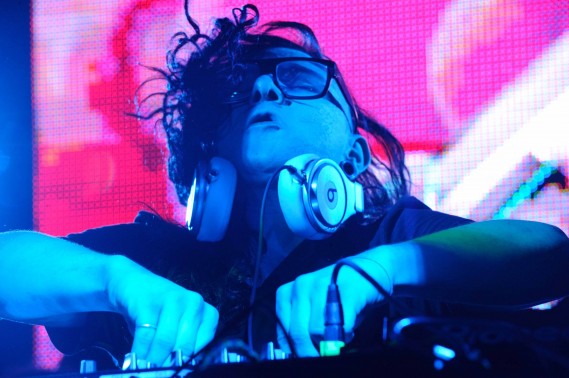 The anticipation was for the sought-after and highly acclaimed Grammy Winner, SKRILLEX, who performed in front of an intimate crowd of a thousand devoted fans at the Raleigh hotel for the Owsla Miami poolside party that included sets by Zedd, Kill The Noise, Koan, Alvin Risk, The M Machine, Nick Thayer and Dillon Francis throughout the afternoon. 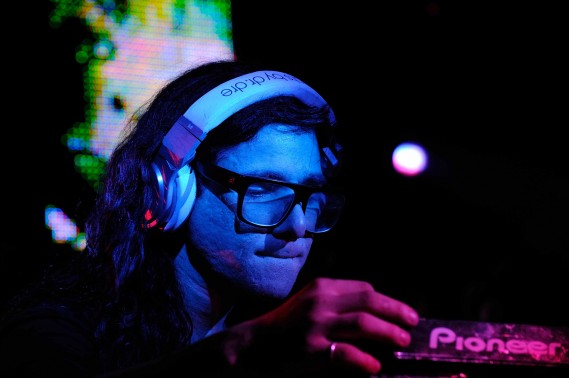 SKRILLEX, aka, Sonny Moore, was seen backstage and poolside at the Raleigh sipping cocktails with followers during interviews with MTV and Sirius Radio, three hours before taking to the stage at 8:30pm sharp. 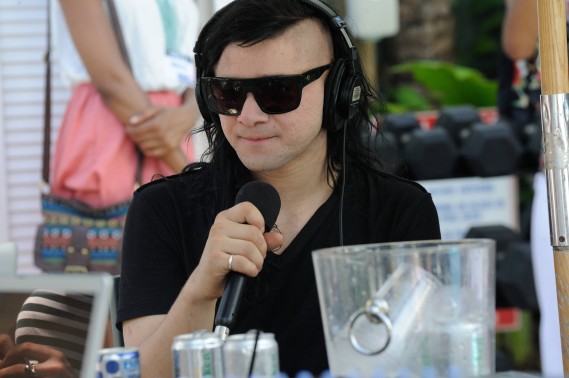 In 2012, the dubstep king was nominated for five Grammy awards and won for Best Dance Recording (‘Scary Monsters and Nice Sprites’) and the same album took home an award for electronic music’s biggest category, Best Dance/Electronica Album. Aside from the immediate success of his first release, Skrillex has also made a name for himself as a highly sought-after remixer, with officially commissioned remixes for Black Eyed Peas (“Rock That Body”), Lady Gaga (“Bad Romance” and “Alejandro”), and La Roux (“In For The Kill”) among others.