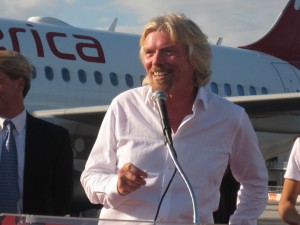 Virgin America is leading the way in the airline industry green initiative. In April of 2009 they became the first airline to show environmental responsibility by employing practices to reduce their carbon foot prints and raise awareness about the impact the industry has on the environment. Virgin has moved aggressively to be on the cutting edge as they are the first airline to fly with biofuel derived from coconut oil and babassu. From the  Golden boy’s standpoint, they have no intentions of stopping now. The are spending time and money investigating algae based fuel.

“All the profits we make from our airlines, we invest in alternative fuel and we have come up with a fuel that is a completely clean fuel which we believe will power our planes. We are hopeful that our planes will be flying with that in the future and it is an  algae based fuel. It is not 100 percent guaranteed, but  I would say more likely than that we will be successful,” Sir Richard Branson told Premier Guide Miami. 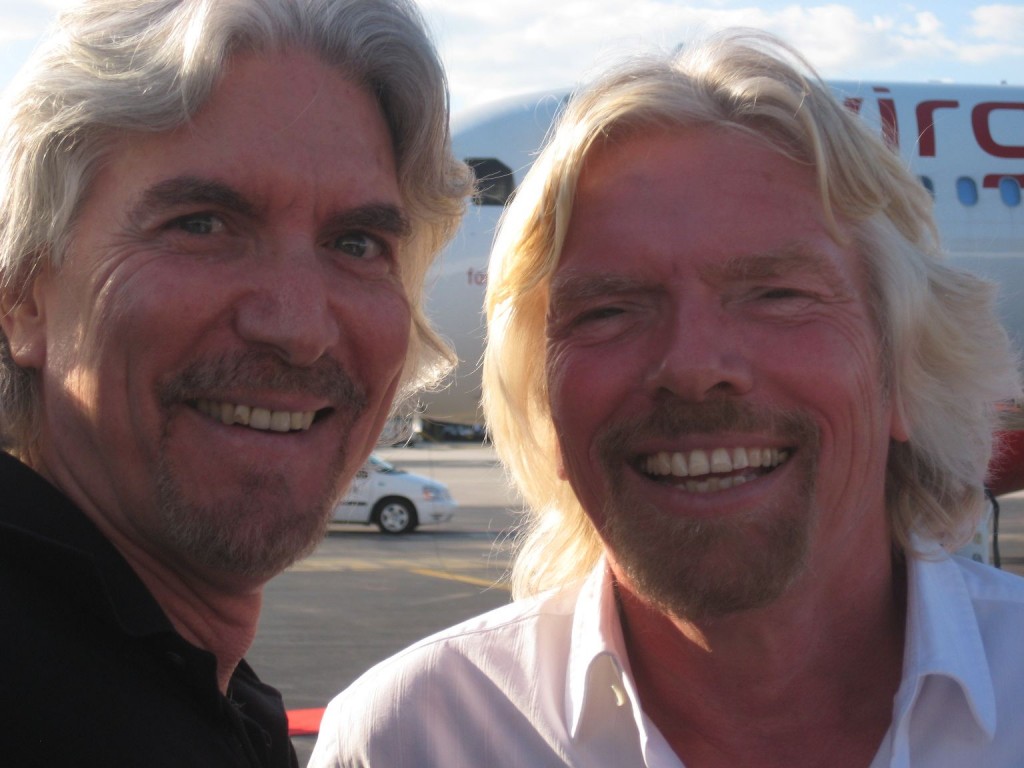 They are a cut above the rest as they have employed environmental practices, and introduced top notch service with  high tech amenities, as well as offering the lowest and competitive fares.

Virgin plans to give competitors such as Spirit, Jetblue and Delta a run for their money. There is no old-fashion outlook on travel here. Although Virgin America has joined the ranks of low cost carriers, they have no intention to nickle and dime their customers. Their fares will remain competitive while providing the highest level of service.

Here is what David Cush had to say about Virgin America’s new move. 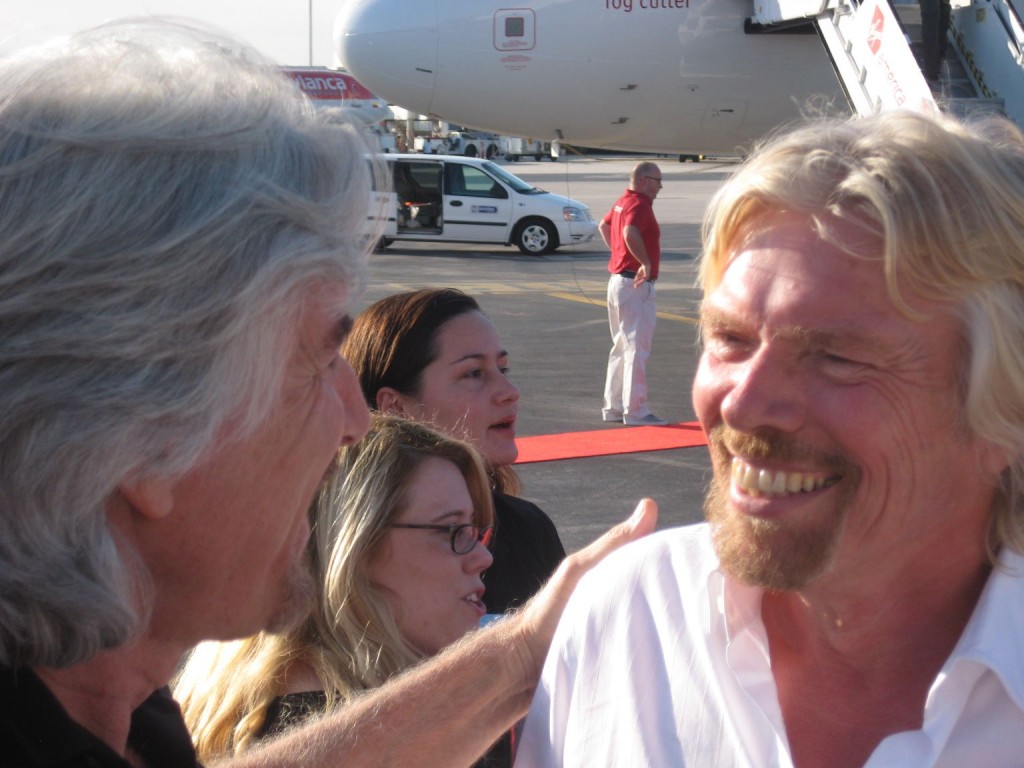 PGM: Share with us some of the new features on the Airbus 319.

DC: It puts your entire travel experience in your hands. We have touch-screen entertainment, power outlets at every seat and fleetwide Gogo® In-flight Internet. We operate one of the youngest fleets in the U.S. with mood-lit, custom-designed cabins feature Red™ — the most advanced entertainment system in the skies. Red’s seatback platform offers 25 films, live TV, interactive Google Maps, music videos, videogames, and an on-demand menu that allows guests to order what they want, when they want it. In the main cabin we offer custom-designed leather seats with a deeper, more comfortable pitch, the  First Class offers plush white leather seats with 55 inches of pitch and lumbar massagers. The premium Main Cabin Select option, offers 38-inches of pitch, complimentary food and cocktails, an all-access pass to Red’s countless entertainment options, dedicated overhead bins and priority check-in/boarding.

PGM: What were some of the setbacks you faced in getting approval for flying into Fort Lauderdale?

DC: We actually didn’t have a lot of problems getting into Fort Lauderdale because it was a decision of where we wanted to go next. Once that was decided, the people were great here. I am excited to be here, and I live in South Florida for 4 years in Miami. I love to be out here, and look forward to introducing Northern California to South Florida.

PGM: Travelers have been complaining about lost luggage and extended runway sits. How will Virgin America address those issues?

DC: We have decided early on that this is going to be a fun airline, pretty airplanes and with all the other amenities that we offer. We are obviously a serious airline when it gets to operations and so forth. From our operation end, we are very much on top of things, our baggage numbers we are number one, as a matter of fact they are 70 percent lower than the industry average. We are doing very good in the operation side. A lot of it has to do with the fact that we are a point to point carrier, we don’t offer connections, that’s where failures happen. We are very proud of what we do here at Virgin America. People want nice airplanes, they want friendly crews, the want to get from point A to point B safely, with their luggage.

PGM: What is the  next venture for Virgin America?

DC: The next city, probably will be Chicago we tried getting in before. We had some trouble getting in, but we think we can get in this time.