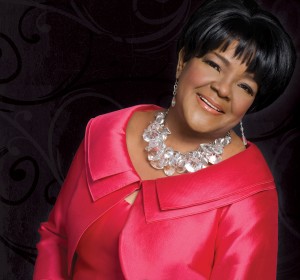 Perhaps the most visible gospel singer in the world, Pastor Shirley Caesar has been serving up the best gospel tunes for more than 40 years.  A multiple Grammy Award winner, she has sung for presidents and world leaders, and released over 30 solo albums.  Her signature style, coined as “take-you-straight-to-church” music, is both timely and timeless.  Pastor Caesar began her career at age 13, went on to sing with The Caravans, one of the most popular female gospel groups in history, and eventually launched a solo career which has spanned the past three decades.  Her legendary career includes collaborations with the greatest vocal artists of our time, including Al Green, Whitney Houston, Patti LaBelle, and Gladys Knight; special guest appearances on television; featured roles on Broadway; and performances in seven motion pictures. Pastor Shirley Caesar is a true gospel icon, and her performance is the perfect way to kick off the 2010-2011 FREE GOSPEL SUNDAYS season!

Admission is FREE. Free tickets can be reserved in advance through the Adrienne Arsht Center box office at (305) 949-6722 or online at www.arshtcenter.org. Tickets will also be available on performance days in the Knight Concert Hall starting at 12 noon (subject to availability).