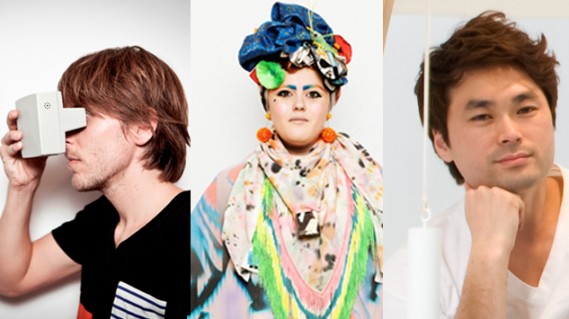 From the 52nd edition of Salone Internazionale del Mobile, W® Hotels Worldwide and Design Miami/ Basel today announced the winners of the 2013 W Hotels Designers of the Future Award. The 2013 winners include Seung-Yong Song from Korea, Canadian-Dutch Jon Stam and Bethan Laura Wood from the United Kingdom. In an evolution of the Award, this year for the first time, the winning designers were sent to new or renovating W Hotels to solve a specific design challenge or need. The newly commissioned works will be unveiled at Design Miami/ Basel (June 11-16, 2013) and later installed at W Hotels in Verbier, Bangkok and Mexico City.

The brief for this year’s award commissions is entitled “Making Connections.” The designers’ projects will facilitate exchange between local communities and the international visitors who pass through them, whether for business or pleasure. The goal of these projects is to deepen the appreciation for the distinct regional characteristics found in each destination.

For the first time, each of the winning designers has been paired with a new or renovating W Hotel to create a site-specific project. Each designer has already been sent on a design visit to a specific W Hotel, finding inspiration in the hotel design concept, the destination, local craft and materials as well as investigating the cultural and material conditions of the surrounding area, all of which will inform their finished project. Jon Stam spent time in Verbier, where the W brand’s first ski retreat will open later this year, Seung-Yong Song visited W Bangkok, which opened December 2012, and Bethan Laura Wood traveled to W Mexico City, which will complete a full renovation in 2014. In addition to being showcased at Design Miami/ Basel in June 2013, their finished work will ultimately be installed at the hotel they visited, solving a specific design need.