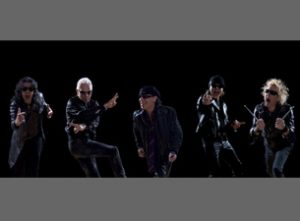 The Scorpions, with Special Guest Ratt, are coming to the fabulously renovated Bayfront Park Amphitheatre in Downtown Miami.  Bayfront has now become the most comfortable and intimate outdoor venue in all of South Florida to experience your favorite musical performances.

Known best for their 1984 anthem “Rock You Like a Hurricane” and the 1990 ballad “Wind of Change,” German rockers the Scorpions have sold over 22 million records, making them one of the most successful rock bands to ever come out of Continental Europe.  In 1972, the Scorpions released their remarkable debut album and the vocal and instrumental ingredients which over the years were to develop into the typical, unmistakable Scorpions sound, were already recognizable: uncompromising, guitar-orientated hard rock, on the lines of what Jimi Hendrix, Cream and Led Zeppelin generated in the mid-1960s. As a rock band working on the international scene, the Scorpions had created their own musical identity. The distinctive Scorpions style came from the combination of two electric guitars, a fusion of fabulously forceful power riffs with dazzlingly exuberant guitar solos. Added to which was the instantly recognizable voice of singer and front man Klaus Meine with his highly expressive and polished delivery. In one respect, the Scorpions were unique because, right from the start, the band was aiming for the very top of the international hard rock business.  The basic elements of hard rock music are ingrained in the DNA of the members of the iconic and legendary German hard rock band.  And with their latest effort Sting In The Tail, the Scorpions manage to newly define their blueprint and build an opus that does not only resemble the characteristics of our time, but is ahead of it. “While we were working on our album these past few months, we could literally feel how powerful and creative our work was–and how much fun we were still having, in the process,” says Scorpions lead singer Klaus Meine.  “We are extremely gracious for the fact that we still have the same passion for music we’ve always had since the beginning.”

Ratt’s brash, melodic heavy metal made the Los Angeles quintet one of the most popular rock acts. Their first album, Out of the Cellar, was a major success, reaching the American Top Ten and selling over three million copies. “Round and Round,” the first single drawn from the album, hit number 12, proving the band had great potential. The band is also most notable for their songs “Wanted Man,” “Lay It Down,” “You’re in Love”, “Way Cool Jr.” and “Back For More.”  Ratt has sold an estimated 11 million records in the U.S. while worldwide album sales are approximated at over 20 million. VH1 slotted the band at #79 on its “100 Greatest Artists of Hard Rock”.

Bayfront Park Amphitheater has received a first-class makeover with new sightlines to Biscayne Bay and many new features including new permanent reserved seats, luxurious VIP boxes, expanded concessions and much more.  The Festival Lawn brings you remarkably close to the stage providing an atmosphere of being up close and personal with the music.

Reserved Seat tickets are $68.50 and Festival Lawn are $35.00.  They go on sale Friday, April 16 and can be purchased exclusively and only at LiveNation.com or charge by phone 800-745-3000 and at the Amphitheater Box Office day of show only.