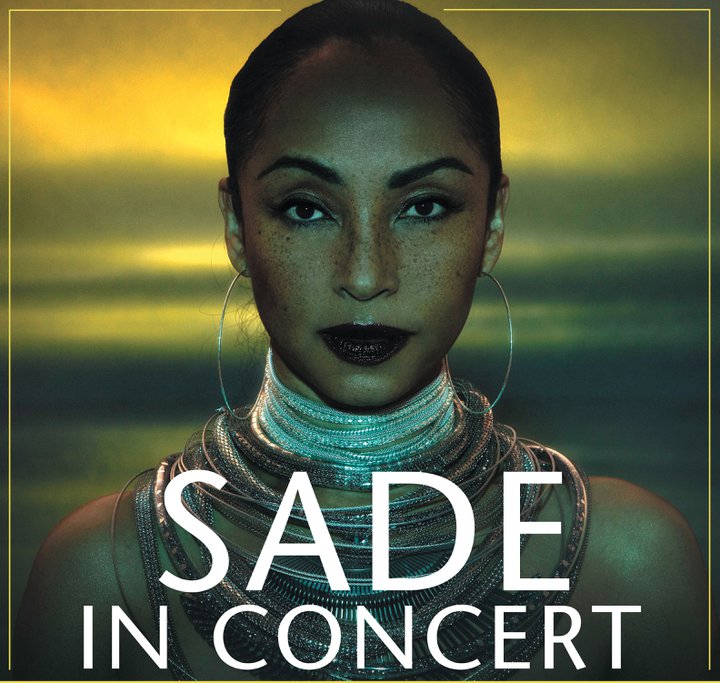 Following the platinum selling success of Soldier of Love, Sade announces their highly anticipated return to the world’s stage. The North American leg, produced by Live Nation, begins on June 16th in Baltimore, Maryland at the 1st Mariner’s Arena.

Sade will perform over 50 concerts in top arenas across North America, in an effort to reach her vast and loyal fan base.  Their classic sound set to haunting, unmistakable vocals creates the most intimate of concert experiences in a way that only an unforgettable Sade performance can.   Sade performed for more than 1,000,000 fans during her last tour in 2001.

Not only has America welcomed Sade back with open arms after close to ten years, but worldwide, SOLDIER OF LOVE has proven to be a smash.  The album skyrocketed to # 1 in ten additional countries including Canada, Switzerland, France, Italy, Poland, Greece, Japan, Portugal and Spain.

Entertainment Weekly featured SOLDIER OF LOVE in their “Must List” and gave the album an “A”, Rolling Stone wrote, “it’s unimpeachably excellent,” and The Boston Globe calls it, “a rich and rewarding album.” But the accolades don’t stop there. Associated Press raved, “like a long-ago lover not quite forgotten, Sade has returned to steal our hearts with more beautiful, uncategorizable music,” Billboard was quoted as saying, “it’s been 10 years since Sade released an album, but be forewarned – the giant has awoken,” while People Magazine reminds us that “Sade remains the voice of comfort to the wounded heart.”

Known for their one of a kind timeless sound, Sade has enjoyed phenomenal success both internationally and stateside throughout the span of their twenty-five year career. Since the release of their debut album, Diamond Life in 1984 the band has seen all five of their studio albums land in the Top 10 on Billboard’s Top 200 Album Chart selling a total of more than 50 million albums worldwide to date. They’ve been nominated for American Music Awards, MTV Video Music Awards and have won three Grammy Awards – first in 1986 for Best New Artist, then in 1994 for Best R&B Performance By A Duo Or Group for “No Ordinary Love”, and again in 2002 for Best Pop Vocal Album with Lovers Rock.
Additional ticket and tour information can be found at SADE.COM and LiveNation.com.