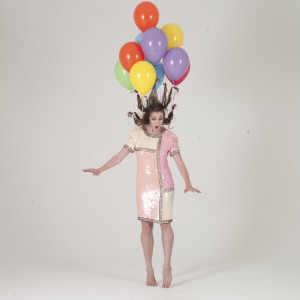 Now celebrating its Fifth Anniversary Season, the Adrienne Arsht Center for the Performing Arts of Miami-Dade County proudly presents Miami’s 27-year-old dance phenom, ROSIE HERRERA in the intimate Carnival Studio Theater, Sanford and Dolores Ziff Ballet Opera House on January 28-30, 2011.  Hailed as one of the freshest new voices in dance theater, ROSIE HERRERA returns to her creative home at the Adrienne Arsht Center with the Miami premieres of her most thrilling works: an expanded and revamped version of Various Stages of Drowning: A Cabaret and Pity Party.  With a very Miami cast of characters – from drag queens to b-boys to ballerinas – ROSIE HERRERA DANCE THEATRE evokes the spirit of the Magic City with a uniquely ROSIE tragicomic, surrealist twist.

Tickets to ROSIE HERRERA DANCE THEATRE are on sale now. Tickets are $35 and may be purchased through the Adrienne Arsht Center box office by calling (305) 949-6722, or online at www.arshtcenter.org.

Fresh from triumphant performances at the prestigious American Dance Festival, ROSIE HERRERA DANCE THEATRE is poised to take Miami by storm with HERRERA’s two most riveting, inventive works.  With 10 dancers and an original underwater film by local hybrid visual artists Maker and the Made, HERRERA’s choreography combines dance, theater, cabaret, and opera to create a dance dreamscape replete with drama, humor, mystery, and intrigue.

“Rosie Herrera has created two incredibly imaginative dance works that have wowed audiences near and far,” said M. John Richard, president and CEO of the Adrienne Arsht Center.  “Now, it is our pleasure and privilege to welcome her back to her artistic home, onstage in our Carnival Studio Theater, and to share the homegrown talents of this tremendous troupe of performers with South Florida.”

Various Stages of Drowning: A Cabaret was originally commissioned by the Adrienne Arsht Center in association with the Miami Light Project as part of the 2009 Miami Made Festival at the Center.  After an enthusiastic reception during the workshop showings in Miami, HERRERA was personally invited by Charles Reinhart, American Dance Festival (ADF)’s visionary director, to set the piece on ADF dancers that same summer.  The work uses water as a metaphor for the unconscious, creating vivid surrealist images in striking vignettes — sending a wild cast of characters on the ride of their lives.  Pity Party was workshopped at the 2010 Miami Made Festival at the Adrienne Arsht Center, and then commissioned by ADF and the Adrienne Arsht Center.  Pity Party takes you on an emotional roller coaster as grief and loss are set in contrast to the glittery backdrop of a party.  Herrera transports the cast from tragedy to camp in the blink of an eye or a whack at a piñata.  Both pieces have been re-worked and expanded for this thrilling double-bill.

ROSIE HERRERA is a Miami native and graduated from New World School of the Arts with a B.F.A. in Dance Performance.  She has performed with local dance and performance companies including Freddick Bratcher and Co., Animate Objects Physical Theater, Bill Doolin, Camposition Hybrid Theater Project, and appeared as a dancer, co-choreographer, and rehearsal director for Circ X in the Chat Noir Cabaret at Dream Night Club in South Beach.  Her choreography has been presented throughout South Florida and internationally at the Digital World Institute.  She has been commissioned by New World School of the Arts, The Good For Something Dancers, Miami Light Project, the Adrienne Arsht Center, and ADF.  A classically trained coloratura soprano, HERRERA performs with the Performers Music Institute Opera Ensemble as well as choreographs and stages operas independently throughout Miami.