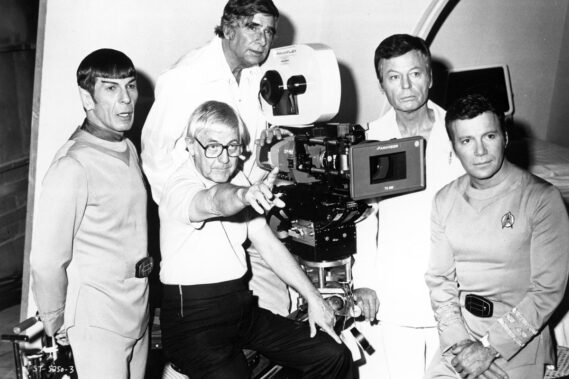 Roddenberry Entertainment announced that they have immortalized an iconic moment in entertainment history. Gene Roddenberry’s signature on the first Star Trek contract between the sci-fi legend and Lucille Ball’s Desilu Productions dated May 18, 1965, has become the first-ever Living Eco-NFT. Lucille Ball was not only one of the greatest performers of our time, but she was also the first woman to run a major television studio, and the only studio-head brave enough to get behind the original Star Trek series. It was with this contract that the science fiction phenomenon, Star Trek, was born.

Roddenberry Entertainment, along with biotech innovators Agustin Fernandez and Dr. Paul Predki explain the Eco-NFT is a first in multiple ways. The project is built on the Solana blockchain, with support from Solana Labs and Metaplex Studios. In addition to it being the first signature on the first Star Trek contract with the legendary first lady of Hollywood, it is the first Living NFT. Implanted as DNA code into the cell of live bacteria, it replicates and grows with the duplication of the organism’s cells. It’s also the first Eco-NFT. It was not only created and stored on organic material, but the project also promises a net-zero, if not a carbon-negative, environmental categorization. The Living Eco-NFT represents a true intersection of science and science fiction and will be exhibited as an art piece titled “El Primero” in Miami during Art Basel 2021.

“Going where no one has gone before is part of Roddenberry Entertainment’s DNA. To be able to responsibly do so, in such a unique fashion, during the year of Gene’s Centennial celebration, is beyond exciting,” says Trevor Roth, COO of Roddenberry Entertainment. “Like Star Trek, it speaks to the world around us, acknowledging today’s constant convergence of life and technology.”

The Living Eco-NFT was created in conjunction with both Fernandez and Predki. Fernandez who is the CEO and Founder of Rational Vaccines, is also an Emmy Award-winning writer, director and producer and has been a creative and strategic driving force behind the project alongside Predki, who is responsible for encoding the NFT’s digital data into a DNA sequence and then storing that DNA in a naturally self-replicating bacterial cell. As long as the bacteria remains living, the cell can double at a rate that will create over a billion copies of the Eco-NFT overnight.

“At Rational Vaccines, we have the honor of working with some of the greatest scientists in the world,” says Fernandez. “Storing information in DNA represents a whole new category of possibility when it comes to data archiving. It provides sustainable, environmentally-friendly storage with exponentially larger capacities than anything the market currently has to offer, as evidenced by the billions of copies of our Eco-NFT in such a small amount of bacteria.”

Roddenberry Entertainment’s partnership with Solana Labs aligns with their mission to promote experience over observation; encouraging audiences to think, question and challenge the status quo of the world in which we live while maintaining a sense of responsibility and positive intention.

“The Solana blockchain provides an extremely energy-efficient platform for NFT creators to build on,” said Stephen Hess, interim CEO of Metaplex Studios. “We’re thrilled to support the launch of this project, and look forward to future work with the team.”

“El Primero” is a modern-day art piece that immortalizes an iconic moment of Star Trek history and fuses it with the future of technology continuing to preserve and share the Roddenberry legacy.