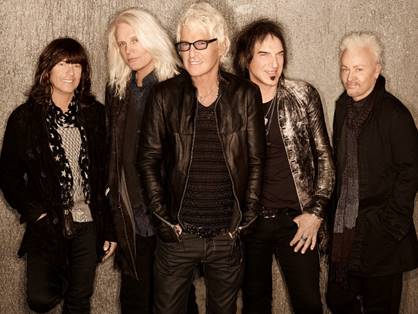 Rockers REO Speedwagon will take the stage in The Pavilion at Seminole Casino Coconut Creek on Friday, March 6, 2020 at 8 p.m.

Tickets priced at $60/$75/$90 per person can be purchased via Ticketmaster locations, online at Ticketmaster.com, or by calling 800-653-8000. The Pavilion box office will also open at 1 p.m. on the day of the show for on-site ticket purchases and will-call pickup.

Formed in 1967, signed in 1971, and fronted by iconic vocalist Kevin Cronin since 1972, REO Speedwagon is a band where the main constant over the decades is a never-ending desire to give their all to their fans, year in and year out.

Over the years, REO has been at the top of the charts with a RIAA-certified 22 million albums sold in the U.S. and 40 million around the globe, along with a string of gold and platinum records and international singles.

Their many hits include “Keep On Loving You” and “Can’t Fight This Feeling,” both of which reached number one.

REO Speedwagon, which hails from Champaign, Illinois, released its best-selling album, Hi Infidelity, back in 1980. Over 10 million copies of the album were sold in the U.S. and it produced four U.S. top-40 hits, including “Take It on the Run” and “Don’t Let Him Go.”

In July of 2018, the members of REO Speedwagon were voted the top musicians in Illinois history by participants in the “Illinois Top 200” project, a part of the state’s bicentennial celebration.