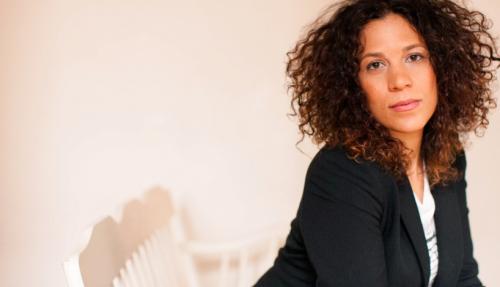 Digging through memories long buried, Raquel Cepeda embarks upon a journey not only into her ancestry but also into her own history. Born in Harlem to Dominican parents, she was sent to live with her maternal grandparents in the Paraíso (Paradise) district in Santo Domingo while still a baby. It proved to be an idyllic reprieve in her otherwise fraught childhood. Paraíso came to mean family, home, belonging. When Cepeda returned to the US, she discovered her family constellation had changed. Her mother had a new, abusive boyfriend, who relocated the family to San Francisco. When that relationship fell apart, Cepeda found herself back in New York City with her father and European stepmother: attending tennis lessons and Catholic schools; fighting vicious battles with her father, who discouraged her from expressing the Dominican part of her hyphenated identity; and immersed in the ’80s hip-hop culture of uptown Manhattan. It was in these streets, through the prism of hip-hop and the sometimes loving embrace of her community, that Cepeda constructed her own identity.

Years later, when Cepeda had become a successful journalist and documentary filmmaker, the strands of her DNA would take her further, across the globe and into history. Who were her ancestors? How did they—and she—become Latina? Her journey, as the most unforgettable ones often do, would lead her to places she hadn’t expected to go. With a vibrant lyrical prose and fierce honesty, Cepeda parses concepts of race, identity, and ancestral DNA among Latinos by using her own Dominican-American story as one example, and in the process arrives at some sort of peace with her father.

Raquel Cepeda is an award-winning journalist, cultural activist, and documentary filmmaker. A former magazine editor, her byline has appeared in The Village Voice, CNN.com, the Associated Press, and many others. Cepeda directed and produced Bling: A Planet Rock, the critically acclaimed documentary about American hip-hop culture’s obsession with diamonds. She lives with her husband, a writer and TV producer, daughter, and son in her beloved New York City.