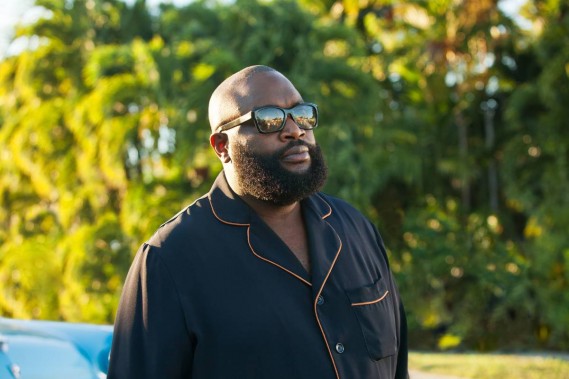 Magic City” has added another famous face to its all-star lineup.  Season two of the critically acclaimed series will feature legendary rapper Rick Ross as “Butterball,” the proprietor of an illegal Cuban/American gambling house in Miami known as a “bolita,” (the numbers racket).  There are numerous bolitas in the Miami area and not surprisingly, Ben “the Butcher” Diamond (Golden Globe® nominee for Best Supporting Actor, Danny Huston) is getting a cut from the illicit operations.

Ross burst onto the rap scene in 2006 when his debut album “Port of Miami” reached the top of the Billboard Music charts.  Ross then founded the record label, Maybach Music Group, on which he released his studio albums “Deeper Than Rap” (2009) “Teflon Don” (2010) and “God Forgives, I Don’t” (2012).  A huge fan of the series, Ross visited the “Magic City” set while in Miami last year and met the show’s creator Mitch Glazer who found a role for him.

STARZ will debut the first episode from season two of its returning original series “Magic City,” this Friday, June 14th  at 9pm ET/PT.

Clip: I’ll Drink to That