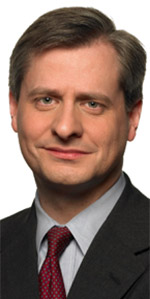 Tickets are $5 for the general public. Free to any student or faculty member with a valid I.D. For more information, call 954-201-6884 or email: dthomps1@broward.edu Pulitzer Prize-winning author and contributing editor at TIME, Jon Meacham is one of America’s most prominent public intellectuals. Known as a skilled raconteur and an accomplished historian with a depth of knowledge about politics, religion, and current affairs, he understands and analyzes how issues and events impact modern life.

Meacham’s latest presidential biography, Thomas Jefferson: The Art of Power, is a New York Times bestseller. Fortune magazine hailed it as “masterful and intimate,” and Walter Isaacson called it “A true triumph. A fascinating look at how Jefferson wielded his driving desire for power and control.” ThomasJefferson: The Art of Power has appeared on The New York Times Notable Books for 2012 and was named one of the best books of 2012 by Kirkus Reviews.

Tonight, Meacham brings vividly to life an extraordinary man and his remarkable times. He gives us Jefferson the politician and president, a great and complex human being forever engaged in the wars of his era. Meacham lets us see Jefferson’s world as Jefferson himself saw  it, and to appreciate how Jefferson found the means to endure and win in the face of rife partisan division, economic uncertainty, and external threat. Drawing on archives in the United States, England, and France, as well as unpublished Jefferson presidential papers, Meacham presents Jefferson as the most successful political leader of the early republic, and perhaps in all of American history.