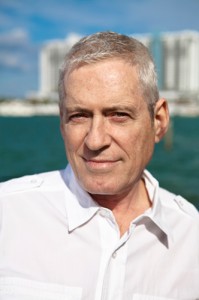 Prominent Real Estate specialist, Alex Shay, discusses the ups and downs in the real estate market, and what it will take for the market to recover.

Alex Shay is a Miami Beach luxury real estateexpert who has been in the business for over 20 years. Some of his clients include hedge fund managers and business executives.

Some of Miami’s most beautiful homes are featured on his website AlexShay.com.

Here is what Alex Shay has to say about Miami’s Real Estate.

PGM: You have been in the Real Estate business for a very long time. What lessons have you learned over the years?

AS: I have learned a lot. I have seen that in Real Estate, when dealing with luxury properties, you see the best in people and you also see the worst in them. I have been in this business for many years, and it is still a learning process. I am still learning, today.

PGM: What is the most important thing you have learned in dealing with your clients?

AS: The clients that I deal with, require top quality service, from a broker who knows what he is talking about and who knows what he is doing. You have t realize that these people have bought homes before they ever got in touch with you. They basically know what they are doing in terms of money and what they want. So basically, as a realtor I feel I am there to serve them, and once I identify the property that they want, I am there to negotiate the deal.

PGM: you are saying that the people who are buying in the market that you represent right now, are well educated on the market and their purchase?

AS: Not necessarily, but if they are not educated — for instance, you can have someone coming in from Europe or South America who is not educated on the market but wants to buy something in Miami. That person is going to be educated before buying anything. They wont really put out the money without first knowing what it is they are buying.

PGM: Is this the toughest period for real estate?

AS: The toughest since I have been doing it, and from what I understand, it is the toughest that it has ever been, at least in our lifetime.

PGM: Do you think there is any chance of recovery anytime soon?

AS: Absolutely. I think we are at the bottom right now. I think we are going to stay at the bottom at least until the end of the year. If you buy something in February or March of next year you will probably pay the same thing you are paying right now. After a while, maybe in 2011, things might start to even out, in terms of the market becoming more balanced. Right now there are many sellers and very few buyers. By the time next year rolls around there are going to be more buyers in the market place, Right now, people are still not spending their money.

PGM: Why is it so difficult for sales to go through right now?

AS: The most important thing about buying a home — people generally don’t pay cash, they borrow the money from the bank, and banks are not lending money except to the most qualified buyers. A few years ago, if you had a decent credit score, you could get a loan. Right now if you have a somewhat descent credit score — you might have to come up with as much as 40% of the value of the property, whereas, in the past you didn’t have to put down more than 20%. If you have the best credit you still will have to put down at least 20%, but probably more, unless you are buying the house under value.

AS: Knowledge of the marketplace, information, negotiating skills, and most of all, being able to get the deal to close, which is most important, once there is an agreement between buyer and seller. It is one thing to identify the right property, and another to negotiate the deal, and to make sure the contract gets signed. The most important is getting the deal closed.

PGM: What would have to happen in the market for things to turn?

AS: Sellers would have to come to the realization that the market is not what it was before — you cannot expect to get the same price for your house or condo as you could have gotten in 2004 or 2005. Also, more buyers will have to start coming out, and they will; and sellers must become more realistic.

PGM: Who are some of the people you have worked with in the past and who are you currently working with?

AS: I have dealt with celebrities, lots of wealthy people, some of the wealthiest people in the world, whose names you wouldn’t know because they are not famous. Basically a lot of people who buy luxury homes are surgeons and wealthy businessmen, some wealthiest people around. Luxury homes costing 2 million dollars and more can only be purchased by about 1% of the population, because only a relatively few can afford to buy such properties.

PGM: Some real estate agents cater to entertainers and athletes, why have you not tapped into that market?

AS: Well it’s not like I have not tapped into that market. As a matter of fact, I am currently dealing with people in that arena.

PGM: There are people who get a lot of listings, would you say that is the most lucrative way of doing real estate?

AS: Yes. The first thing that I learned in real estate it that listers last. You must list if you are going to be a successful agent in the real estate business, but in a market like this, if you can find a buyer, you are a hundred times better off, because there are so many listings on the market now.

PGM: Is this a good time for someone who is interested in Real Estate to get into the market?

AS: From the business end — let’s put it this way — for someone to start working in real estate in this market — no, it is the worst time, but for someone who is just getting into the business, and who wants to learn, and who can support themselves with savings for about 9 to 12 months, it’s a great time. It is going to take you about a year to know what is really going on in this business. A year from now things are going to start moving a bit, so if you are prepared, that’s great. If you need money now, it is not a good time to start working in real estate.

PGM: Tell me what contributed to the bust of the real estate market in miami?

PGM: Some of Miami’s most expensive homes are featured on your site. What does it take to sell these homes?

AS: From a sellers point of view, you want to be able to identify the right buyer for one of these homes, which right now, is not the easiest thing to do. Although there are a lot of people out there looking, the only people who are really buying in the luxury end, are those who can buy a property for less than market value. For example a beautiful home on North Bay Road, closed for $3 million, which is less than the value of just the lot. I don’t know what the situation was, but I know that the seller must have been really desperate to sell, because he sold it at a very low price.

PGM: How do you identify a buyer?

AS: A buyer is someone who fulfills 3 criteria — ready, willing and able. The buyer has to be ready emotionally, he has to be willing to go ahead and buy, and he has to be able to buy. What does able mean? He/she either has the money, or can borrow it.

PGM: Say someone calls you up on the phone inquiring about purchasing a property, how do you know that person is genuine?

AS: I am not going to show a property to a unqualified buyer. There is certain information that is required from this person to determine whether or not he/she has the ability to buy a house.

PGM: The foreclosure rate is extemely high in Miami. Is it only in the low end or in the high end as well?

AS: Most foreclosures are in the lower end, but a few are also in the high end. There was a recent high end foreclosure of the famous music producer, Scott Storch’s house, on Palm Island. That property was later bought by Rockstar Energy Drink.

PGM: Do you believe that sellers will continue to reduce their asking prices to save themselves, if the economy gets worse?

AS: No, I think sellers will reduce their asking prices out of necessity. They will never do it otherwise.

PGM: What are the most important things buyers look for when house hunting?

AS: A deal. Most people are interested in a deal, particulary nowadays. They are also interested in the area, the security, the value, the condition of the property, and so on.

PGM: Why should someone buy a house as opposed to a condo, right now?

AS: I don’t know if someone should buy a house as opposed to a condo, except that there are fewer houses than there are condos, and house prices have already dropped to the bottom. Houses arent going down much more. Condos still have a little room to go down in the next year or so, because there are so many of them. There are buildings that havent been finished, and there are developers who are trying to sell units in buildings that were built 4 or 5 years ago, and some of those buildings are still half empty. If you are looking strictly for the investment, then you might want to buy a house, but, on the other hand, there are certain things you cannot get in a house unless you are spending millions — things which you can have in a condo for far less, such as security. If you are going to get a house behind a guard gate, you will be paying a lot of money to do so.

PGM: Where would you say is the best place to purchase a condo in Miami?

AS: The most popular building is the one that has the least amount of condos — the Apogee on South Beach, The other one is the Setai on Collins Avenue.

PGM: How about Downtown Miami? It has become quite a buzz lately?

AS: If you want to live in downtown Miami, the best place to get an apartment would be the Icon Brickell because some of the condos have gone down as much as 50% in price. They are beautiful apartments in a great area. I would say the Icon Brickell would be a pretty good deal right now.

PGM: Do you have any advice for someone who wants to buy now?

AS: Make your best deal.