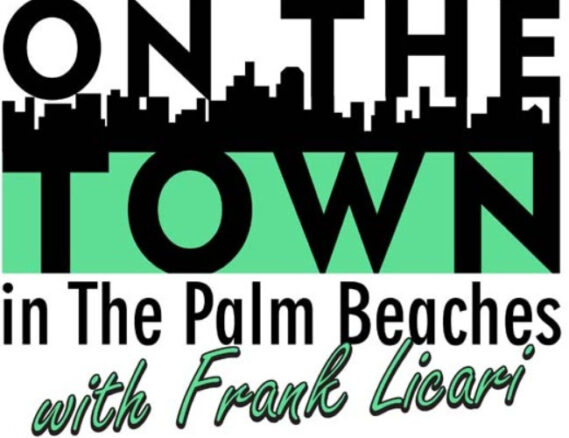 “On the Town in the Palm Beaches with Frank Licari”
On the Town in the Palm Beaches with Frank Licari just wrapped an upbeat look at Central and South American “Latin Style” for the first episode of Season 6. Licari and crew feature the sights, sounds, tastes and fashions that have their roots in Colombia, Brazil, Cuba and other Latin countries. Frank even tried on a 100-pound dress Brazilian dancers wear. The episode highlights the many cultures within the County’s Hispanic community. OTT’s Latin style episode airs in December on South Florida PBS. Future episodes will feature family-friendly fun, a Palm Beach County wellness tour and a look at European cultures. For more fun watch past OTT episodes on the Palm Beaches TV website Video on Demand section.
The Ghost Brothers at Tampa Theatre
The Ghost Brothers, Discovery Plus’s hilarious paranormal show, came back to celebrate the Tampa Theatre episode at Tampa Theatre! As the audience was watching and learning about the historic movie palace’s haunted past, including the “Lady in White” and the famous Seat 308, folks began looking around to see if paranormal activity was happening as the show took place. What a way to heighten the experience! With over 1,000 reserved tickets before the show, this night  was truly special for the Tampa community. The Ghost Bros stayed after to meet and greet their fans and were extremely generous with their time. If you missed it, this episode of “The Ghost Bros: Lights Out” officially premiered Friday, Oct 28th on Discovery+. Click HERE to view photos.
Zombies, Dead Files and Dream Homes and in Orlando
Reality TV series Zombie House Flipping has been renewed their fifth season and will continue to flip “zombie” homes in Central Florida. On The Dead Files, physical medium Amy Allan and retired NYPD homicide detective Steve DiSchiavi combine their unique and often conflicting skills to solve unexplained paranormal phenomena in haunted locations across America. Their most recent episodes were filmed in Central Florida regarding some cases that went cold many years ago. Finally, My Lottery Dream Home is renovating the Central Florida home of their host, and Ringling School of Art and Design alum, David Bromstad.