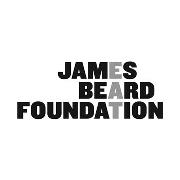 Anyone who believes that cruise ship dining is driven by quantity over quality has not experienced Celebrity Cruises‘ award-winning cuisine, a leading component of the modern luxury vacation offered on its stylish ships. The esteemed James Beard House in New York City has taken note of Celebrity’s culinary leadership, and as a result will feature cruise line chefs for the first time on April 5, 2012, when Celebrity’s master chefs Jacques Van Staden and John Suley will cook at the legendary historic venue.

The James Beard House is known for its events, including guest chef-led dinners, which aim to educate, inspire, entertain and foster an appreciation of cuisine among members as well as the general public, while benefiting the non-profit James Beard Foundation. Once the home of American culinary pioneer James Beard, who laid the groundwork for America’s gastronomic excellence, the James Beard House is today regarded as a culinary performance space.

“We selected Jacques and John to cook at the James Beard House because the culinary journey that they have created for guests on Celebrity Cruises’ ships truly is outstanding,” said Izabela Wojcik, Director of House Programming, The James Beard Foundation. “Their incredible creativity is the reason why Celebrity’s guests have the opportunity to delve into an extraordinary range of globally influenced flavors and presentations.”

“We are incredibly honored that Celebrity Cruises is being recognized by an institution wholly committed to culinary excellence, education and exploration,” said Van Staden. “We want people to realize that the cuisine we’re serving on our ships is extraordinarily unique, creative, and modern, and it’s a large part of what makes the Celebrity vacation experience unique. What we offer has in many ways changed the dynamics of cruise ship dining, and there’s no better way to tell our story than by cooking at the James Beard House.”

Van Staden and Suley have shaped a six-course menu reflective not only of Celebrity’s modern, innovative cuisine, but also of their own ingenuity, technical prowess and globally influenced style. The menu for the April 5 dinner showcases the chefs’ adeptness at merging a range of ingredients, spices, techniques and flavor profiles to create a brilliant progression of tastes, from light and clean to rich and dense. Celebrity’s in-house sommelier and beverage programming expert, Chanelle Duarte, developed the wine selections to complement each course. Selections were chosen not only for their texture, body and flavor, but also for their prestige and, in some cases, boutique nature – characteristics which align with Celebrity’s cuisine.

The April 5 dinner will begin with an eclectic array of six hors d’oeuvres and canapes, many of which are inspired by the chefs’ history of cooking together as well as other career experiences that have shaped their culinary style. An eggplant imam bayildi with chickpea fritters pays homage to the Middle Eastern-inspired meze in the popular “M’s Favorites” in Qsine, the Celebrity Cruises specialty restaurant that aims to awaken palates through a playful and whimsical approach to familiar and memorable dishes from around the world. Paired with this and the other hors d’oeuvres will be several California wine “stars” – a celebratory 2009 Etoile brut sparkling wine (produced by Moet & Chandon) and a 2007 Cakebread Cellars sauvignon blanc selected for its high acidity, which will drive guests’ palates to crave more flavors – flavors that will be delivered during the dinner. Another highlight of the hors d’oeuvres and canape service will be the use of custom-designed serving vessels instead of traditional presentations. Highlighting the chefs’ creativity and expressiveness, this approach will not only complement the flavors and textures of the food, but also help tell the story by immersing guests in a fuller, multi-sensory experience.

The meal will begin with a light, clean hamachi tartare and carpaccio with blood orange-ginger espuma, pepquino salad and sakura cress, accompanied by Ichishmia sake. From there, each course will become progressively richer, culminating in a fifth course that will showcase the chefs’ passion and technical expertise alike. Their “lamb quattro” will include four cuts and preparations of lamb on a single plate: za’atar-crusted lamb loin; lamb ravioli; merguez sausage boolani; and lamb rib with morels, pea blini and lamb jus. The highly limited-production, Napa Valley-sourced Amuse Bouche, a twist on the classic Pomerol-style Bordeaux blend, will offer a classic food and wine pairing to round out the rich explosion of flavors guests will experience in this course.

“The James Beard House dinner will not only reflect our individual styles and career influences, but also the types of dishes we’ve created together over the past eleven years,” Suley said. “We bring this same synergy to the Celebrity culinary experience, and hope that our passion for cooking amazing food adds an element of the unexpected, of adventure, even of astonishment, to our guests’ vacations.”

Both chefs will be part of Celebrity’s Excite the Senses culinary-themed cruise sailing on the award-winning Celebrity Eclipse from Miami on March 24, 2012.