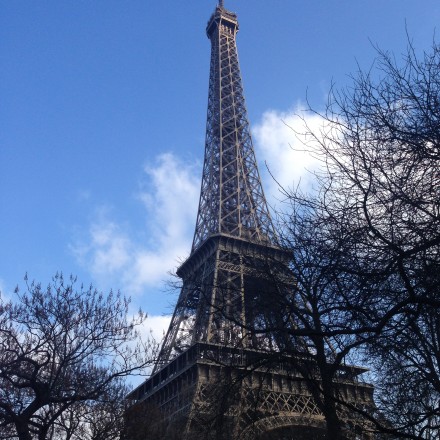 President Obama should have been Charlie
Dr. Mark Goodman

“Give me liberty or give me death”,  but never during a playoff game.  It seems our President could not find the time and/or develop the logistics to attend the historic Paris rally.  The French did support us with their military during our little tiff with England in 1776 and were the first country to send their President to  America after  9/11. But, who is keeping score amongst friends.

His absence was a blight on us all, no the least President’s Obama’s legacy. Symbolism is more often for  Park Avenue than a fortification  of our liberty  against pestilence  but on this day it was the sword of Damocles.  Millions gathered not in fear of their life but in fear that without such a gathering their lives would have no meaning or future beyond cowardice.

This was not the time to lament about the security of Presidents or Prime Ministers, but rather to show that men whom died drawing cartoons are worthy of a king’s knee. For those keeping minutes on humanity, it means that our existence is not of the flesh but of the spirit.  Our civilization is not the story of buildings or conquests but of our art , our passions, our resilience to brutality, our pleasures to think freely,  and to dream and aspire  that tomorrow will be better than today.

We traverse history with fear of change, long moments of stagnation, insurrections but we move forward.   We achieve this because men and woman compel us to look beyond ourselves, to find dimensions not seen at first glance, to hold our hands and say it is ok to laugh at withering but comforting ideas of the moment.

These French cartoon makers made a few us of uncomfortable, but they opened a portal to our angst, the conflicts within a multiethnic world.  These were teachers and they were murdered for their bravery.

I love our President. He is a great man. I believe his heart is wholly with the French people. I also understand the importance of keeping our President safe  but on this day, President Obamas life was less important than Charlie’s.