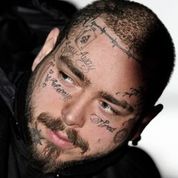 Post Malone swept the “2020 Billboard Music Awards” (BBMAs), winning a total of nine awards, including Top Artist and Top Male Artist – the most of the evening – bringing his total number of BBMA wins to 10. Echoing the theme of “Music Unites All’ throughout the night Malone said “music can bring everyone together, it’s absolutely incredible.” Airing tonight from the Dolby Theatre in Los Angeles, the BBMAs opened with an unforgettable performance by three-time host Kelly Clarkson, who brought down the house with Whitney Houston’s version of “Higher Love,” joined by two-time BBMA nominees Pentatonix and queen of percussion Sheila E.

Rapper and social activist Killer Mike was honored with the inaugural Billboard Change Maker Award from the historic APEX (African American Panoramic Experience) Museum in Atlanta, GA. The award, which honors an artist or group that speaks truth to power through music, celebrity, and community and is active in their community and charitable with time, money, or influence to improve the lives of others, was presented by Atlanta Mayor Keisha Lance Bottoms. NBC and MRC teamed up to deposit $1M to Killer Mike’s recently established digital bank, Greenwood.

Cher made an appearance on the star-studded night to present Garth Brooks with the elite ICON Award, followed by his incredible performance of multiple chart-topping hits that was nothing short of iconic.

The night was full of spectacular performances:

For the latest news on the Billboard Music Awards (BBMAs) visitbillboardmusicawards.com and  www.billboard.com/bbma. For exclusive content and more, be sure to follow the BBMAs on social media (Twitter, Facebook, Instagram,Snapchat, TikTok, YouTube) and join the conversation by using the official hashtag for the show, #BBMAs.