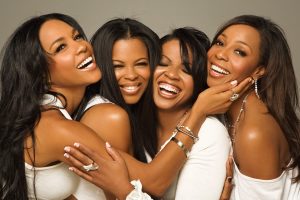 En Vogue  has sold more than 20 million albums and singles worldwide and had a string of crossover pop hits, including “My Lovin’ (You’re Never Gonna Get It)”, “Free Your Mind”, “Hold On” and “Lies”, among others.  The quartet received three Soul Train Awards, two American Music Awards and seven Grammy Awards nominations in addition to the MTV Video Music Awards recognitions.  Billboard Magazine ranked En Vogue among the 20 most successful acts of the 1990s and one of the most popular female groups of all time, having spent more than 2,800 weeks on various Billboard charts.

“The Orange Bowl Committee is thrilled that En Vogue is able to perform at this benefit event.  Their presence puts an exclamation point on one of the Committee’s most important outreach events,” said Antonia Williams-Gary, chair of the Blue Cross Blue Shield of Florida Orange Bowl Field of Dreams Scholarship Benefit Presented by Publix Supermarkets, Inc. committee.  “We believe guests will say this year’s event  is one of the best ever.”

Proceeds from the event will support the South Florida Haitian American community through educational assistance and scholarship programs as well as student-athletes in each of Miami-Dade, Broward and Palm Beach Counties based on need, academic success and community service.

The event will honor several prominent South Floridians for their contributions to the community.  Jonathan Vilma, former Coral Gables High School, University of Miami and current football standout of the Super Bowl Champion New Orleans Saints, will be awarded the Orange Bowl Keith Tribble Trailblazer Award, which honors an individual who has made a significant impact in South Florida and prepared a way for others to enjoy a better life.  Selected for their service to the community, Major League Baseball Hall of Famer Andre Dawson, community activist Alain Armand, Esq. and high school basketball coach Lorenzo Hands will be recognized at the scholarship benefit as well.

WPLG Local 10’s Calvin Hughes will emcee the evening, themed “Embracing Caribbean Culture” in recognition of the devastating January earthquake that struck Haiti. Tickets for the eighth annual Blue Cross Blue Shield of Florida Orange Bowl Field of Dreams Scholarship Benefit Presented by Publix Supermarkets, Inc. can be purchased by visiting www.orangebowl.org or contacting 305.341.4702.   A table for 10 is $1000, while premium tables can be purchased for $1500 and individual tickets for $100.

Formed in Oakland, Calif., in 1989, En Vogue launched with original members Cindy Herron, Maxine Jones, Dawn Robinson and Terry Ellis.  The group’s debut album, Born to Sing, followed the release of “Hold On”, which was awarded a Billboard Music Award for R&B Single of the Year and a Soul Train Award for R&B/Urban Contemporary Single.  En Vogue’s Funky Divas album was among its most successful, going multi-platinum and receiving five Grammy nominations and an American Music Award.  A music video from the album, “Free Your Mind”, earned three MTV Music Video Awards for Best Choreography, Best Dance Video and Best R&B Video.  Over the years, En Vogue changed on occasion as members focused on growing families, but all four original members were reunited in 2008.  Since then, they have been touring the United States and moving forward on a number of music projects.

“Blue Cross Blue Shield of Florida is proud of our continuing relationship with the Orange Bowl Committee,” said Penny Shaffer, Market President for Blue Cross and Blue Shield of Florida.  “We take seriously our responsibility as a not-for-profit healthcare leader and support a wide variety of programs and services that enhance the lives of the people who live and work in our community.”

About the Orange Bowl Committee

The Orange Bowl Committee is a not-for-profit, 343-member, primarily-volunteer organization.  It is a self-sustaining, independent organization that supports and produces activities and events that enhance the image, economy and culture of South Florida.  The Orange Bowl Festival features a year-round schedule of events culminating with the FedEx Orange Bowl on January 3, 2011. Other OBC core events include the MetroPCS Orange Bowl Basketball Classic, Orange Bowl Youth Football Alliance, Orange Bowl International Tennis Championships and Orange Bowl Sailing Regatta Series. For more information on the 2010-11 Orange Bowl Festival and its events, including promotional and volunteer opportunities through the Ambassador Program, log on to www.orangebowl.org.