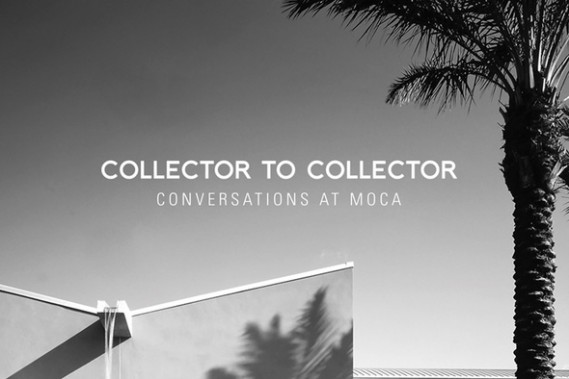 International artists and collectors marked the Museum of Contemporary Art North Miami’s extraordinary history of groundbreaking exhibitions by making major donations to MOCA’s 15th Anniversary. This commemorative collection, comprised of over 30 works, will be unveiled at the opening of the exhibition Pivot Points: 15 Years and Counting, on March 21, 2013.

Nearly half of the new acquisitions were gifted by the artists themselves, whose MOCA exhibitions proved to be turning points in their careers, namely Rita Ackermann, Hernan Bas, Ceal Floyer, Mark Handforth, Ragnar Kjartansson, Jonathan Meese, Malcolm Morley, Albert Oehlen, Gabriel Orozco, Jack Pierson, Matthew Ritchie, Shinique Smith and Rick Ulysse, among others.  “These artists were part of MOCA’s exhibition history and now their works will be part of its lasting legacy. Their gifts will greatly enrich the collection and we are deeply appreciative of their extraordinary generosity,” states Bonnie Clearwater.

Pivot Points: 15 Years and Counting, on view from March 22 through May 19, 2013, showcases these new acquisitions, as well as other works that provide an art historical context for the museum’s collection.  The 15th Anniversary Collection Committee was chaired by Committee Miami collectors Irma and Norman Braman and Rosa and Carlos de la Cruz, who are among the largest long-time donors to the museum’s collection.

MOCA, which was established as a collecting museum in 1995, is one of only a few contemporary art museums in the United States that collects. In a relatively short period of time, the museum has built a strong collection of over 700 pivotal works thanks to donations to the acquisition fund and the very generous support of many of South Florida’s leading collectors, including Irma and Norman Braman, Rosa and Carlos de la Cruz, Martin Z. Margulies, Ruth and Marvin Sackner, Joan and Roger Sonnabend.  Donors to the 15th Anniversary Collection include South Florida and international collectors Paul and Estelle Berg, Douglas S. Cramer, Beth Rudin DeWoody, Howard and Pat Farber, Francie Bishop Good and David Horvitz, Felipe Grimberg and Eduardo Ojeda,   Barbara Herzberg, Rosalind Jacobs, Abbey and Larry Warsh, Ray Ellen and Allan Yarkin, among others.

“Collectors both locally and worldwide have followed MOCA’s extraordinary groundbreaking exhibitions and have recognized the importance of its perspective on art history by helping us build a comprehensive collection for the public’s benefit by giving generously to MOCA’s 15th Anniversary Collection,” states MOCA Board Chairman Dr. Kira Flanzraich.

Pivot Points: 15 Years and Counting includes many large-scale installations, paintings, photographs, prints, film and video by local, national and international artists, including assume vivid astro focus’s entire installation for the Whitney Biennial (2004) and Ryan Trecartin’s film installation Ready (re’search W’ait’S).  Several works are installed in the community, where they can be enjoyed by the public, including Miami artist Mark Handforth’s Electric Tree, which was donated by the artist to the museum and installed in nearby Griffing Park on long-term loan to the City of North Miami and Gabriel Orozco’s Vinaud’s Ladder (created for MOCA in 1996) and Handforth’s Weeping Moon which will be installed in the MOCA Plaza.

MOCA was hailed from its inception for its support of South Florida’s artists with exhibitions and in the collection. “We were able to take the opportunity of this commemorative collection to fill in the gaps of our strong holdings of works by local artists with a major painting by Hernan Bas (who had his first museum show at MOCA in 1999) and a large early photograph by Naomi Fisher and a breakthrough work by Rick Ulysse first shown at MOCA in October 2012, among others” states Clearwater.