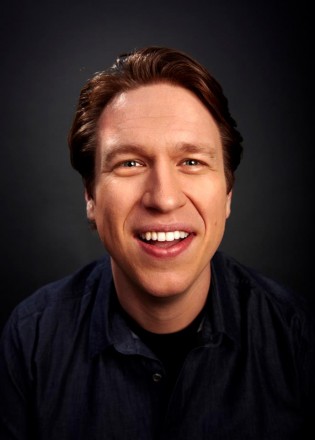 Pete Holmes performs on Saturday, April 20, 8 p.m. Pete Holmes is a nationally touring standup comedian, actor, improviser, writer and cartoonist and now TBS has just announced that Holmes will have his own late night show at midnight following Conan.  As a standup, Holmes also has a one hour Comedy Central Special, Nice Try, the Devil which will air in 2013. His 2011 CD Impregnated with Wonder made several “Top Comedy Recordings” lists. He’s appeared on his own half-hour “Comedy Central Presents” and on “Premium Blend.” He was also featured on VH1’s “Best Week Ever.”  Pete has written for and voices multiple characters on Comedy Central’s “Ugly Americans” and is the voice and writer of the popular “E*Trade Baby” commercials.  Tickets are $20.00.
And don’t forget to catch the free Outdoor Comedy Stage on Lincoln Road at Euclid Avenue, nightly from Thursday through Saturday at 9PM.  Always a highlight of the Festival, this year you can catch rising stars Michael Che, Chris Distefano, Sean Donnelly, Sarah Tiana and Brooks Wheelan.
Tickets go on sale Friday, March 1 / 10 a.m.