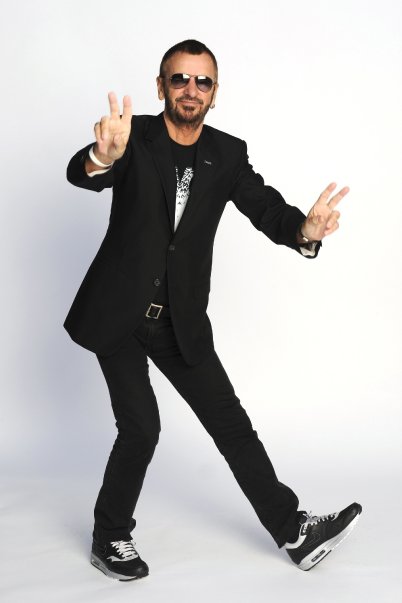 Fifty years ago, Paul McCartney, Ringo Starr, George Harrison and John Lennon entered the music world with their message of peace and love in a period of war and turmoil throughout the world. They gained devoted followers with their message, psychedelic persona and their hypnotizing British accent. 2012 marks the 50th anniversary of rocks greatest band with over 600 million albums sold, 7 Grammys and countless awards and accolades.

The Beatles created a musical and cultural revolution that has inspired generations for decades and have continued to influence many including the surviving members.

Although Paul and John were the main faces of the band, Ringo played a very vital role as a drummer as well. The lone drummer who sits elevated on a platform is a prominent fixture on the group’s concerts and pictures of them on stage performing. Ringo who replaced Pete Best in 1962 has a quirky sense of style which was emulated by teenagers early on. His charming and eccentric personality and drumming skills can be heard on some of the Beatles most popular hits like Abbey Road, Strawberry Fields Forever, among others. After the group separated in the 70s Ringo went on a solo journey producing several hits while performing the originals that made him Ringo Starr in the first place. His contribution to the group was his creativity as a drummer which has transferred into his new concept for the All Starr Band by bringing together a revolving casts of once successful artists to perform their best hits on stage.

Breaking away from the image of The Beatles to re-brand, has not been easy for the drummer. And since the separation of the group he has fallen short of glory and the summit of The Beatles. Many of his music or albums were horribly scrutinized as disappointments. Hits that prevailed and remained fan favorites are Photograph, It Don’t Come Easy, Sweet Sixteen, Oh My, My, and Act Naturally.

“Everyone has a hit in the band,” Ringo stated. “This is a diverse line-up that has worked for 23 years.”

In 2010 Ringo Starr and his band performed at the Hard Rock Live Hollywood with a sold out concert, two years later he has returned with a repeat performance and a rotating cast of rock veterans featuring Steve Lukather (Toto), Gregg Rolie (Santana), Richard Page (Mr. Mister), Mark Rivera, Todd Rundgren and Gregg Bissonette. The band performed a medley of songs with each member contributing at least two songs. It felt like we were listening to a midnight special CD collection advertisement with a mixture of classic performances with hits from the 60s and 70s.

Unlike the doom and desperate period from which The Beatles emerged, the atmosphere at the Hard Rock Live Hollywood was filled with enthusiasm and cheers for Ringo Starr and his group. Although the other band members have gained success in their own right, one has to admit that the association and presence of a Beatles draws a following no matter what.

Ringo and company presented a diverse range of music taking us through a musical adventure digging from the archives of the 60s through the 80s with a mix of Santana and injected a touch of the Beatles. Throughout the concert, Ringo remained humble and laid-back giving praises to those who participated in bringing together the concert.

Appearing ageless, Ringo Starr belted out songs from the repertory of the Beatles concluding with the classic “With A Little Help from My Friends” and “Give Peace A Chance,” originally done by John Lennon. On this the 23rd year of Ringo Starr and his revolving group and the 13th Version, Ringo celebrates his 72nd birthday with his friends, and his new album “Ringo 2012” on an anthem of keeping it simple while spreading Peace and Love.