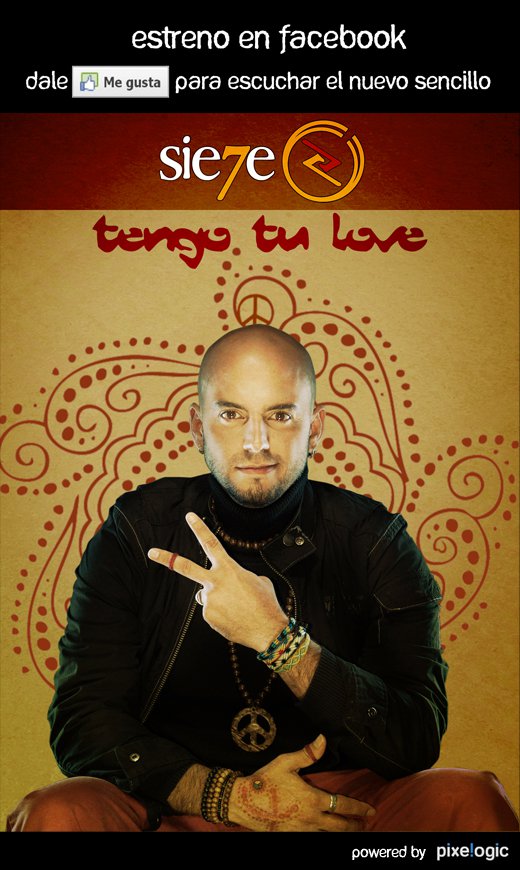 PAX (Performing Arts Exchange) will host singer/songwriter Sie7e (pronounced Siete in Spanish meaning Seven) next Wednesday May 25th for a special acoustic set from 8pm -11pm.  The artist is most recognized for his 2008 hit “Aló”, his 2009  “Cógelo Ahora” and his Spanglish remake of “Don’t Worry Be Happy” which reached the top 20 Billboard Latin Pop Chart for the first time in 20 years since the original version by Bobby McFerrin.  Sie7e’s music is said to combine rhythms from Puerto Rico, Jamaica, Brazil and Latin America and his lyrics are a combination of social content, inspiration, and love often described as “Feel good music”.

PAX is the perfect venue to showcase Sie7e’s amazing and raw talent for the first time in Miami.  The venue has created a niche or haven for Latin American and World music lovers and artists, especially on Wednesday’s with its more laid back and authentic performances.  Next Wednesday Sie7e will perform some of his fan favorites plus hits form his new CD titled “Mucha Cosa Buena” which debuted at #14 on the first week in Billboard’s Latin Pop Albums sales. Sie7e’s powerful, honest messages, catchy melodies and contagious rhythms make him a one of a kind artist and a must see.

PAX Performing Arts Exchange is a 3,000-square-foot multipurpose performing arts space whose mission is to foster cultural awareness for World music and art in a sustainable environment.   Located at 337 SW 8th Street (just pass the I-95 over pass), PAX is currently open Wednesday through Saturday from 8pm – 3am. PAX is also the first venue in Miami to have a “Green” initiative in place which includes among other things using only glassware for all events, and a completely paperless and wireless iPad based POS system.  PAX is available for private events, film screenings, live theatre, commercial shoots, art exhibits and rehearsal space.  For more information call (305) 640-5847 or visit us on Facebook.com or PAXmiami.com.