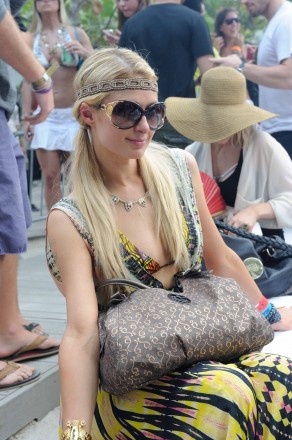 Crowds of music enthusiasts flocked to the Raleigh hotel in Miami Beach on Wednesday for the most talked about kick-off party for this year’s Miami Music Week.  The hotel grounds filled to capacity for the I ¤ AVICII Pool Party in association with PACHA, At Night, ULTRA Pool and Ash Alliance, featuring an opening set by CAZZETTE AND FRIENDS, followed by hours of blissful tunes by the Swedish 22 year-old, AVICII. 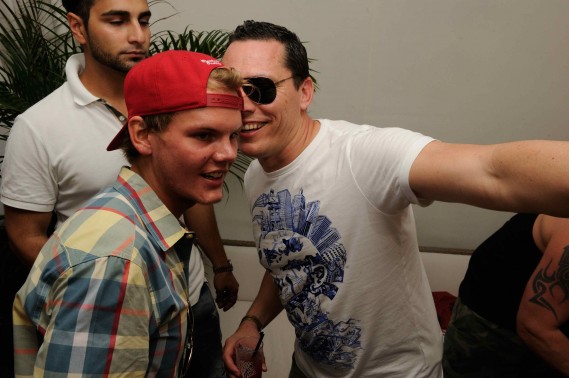 Prior to AVICII’s arrival at the hotel, long-time mentor and DJ hero, Tiesto, made an appearance in anticipation of the young Swede’s performance. Both DJs were seen laughing inside the VIP cabana before AVICII took to the stage.  Hoards of followers cheered as he arrived on-stage and as the dusk set in.  Soon after his set began, A-list Hollywood started to arrive, including X-Factor judge, Paula Abdul, social vixen, Paris Hilton, and Girl Next Door, Holly Madison.

The Owsla Miami poolside party kicks-off today, starting at 11:00am and presented by No Sugar Added, featuring the sought-after and acclaimed Grammy Winner, SKRILLEX, among other supporting acts. 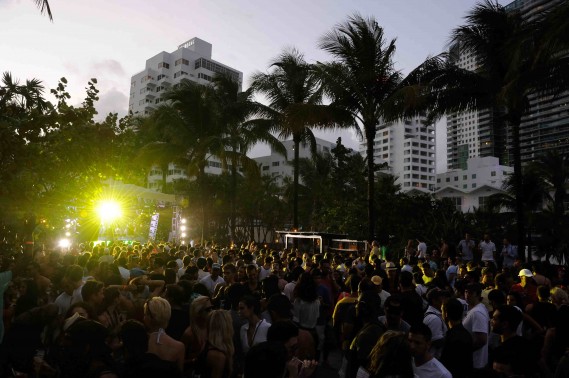 In 2012, the dubstep king was nominated for five Grammy awards and won for Best Dance Recording (‘Scary Monsters and Nice Sprites’) and the same album took home an award for electronic music’s biggest category, Best Dance/Electronica Album <http://www.spinner.com/2011/12/06/cut-copy-grammy/> . Aside from the immediate success of his first release, Skrillex has also made a name for himself as a highly sought-after remixer, with officially commissioned remixes for Black Eyed Peas (“Rock That Body”), Lady Gaga (“Bad Romance” and “Alejandro”), and La Roux (“In For The Kill”) among others.  Supporting acts throughout the day include sets by Zedd, Kill The Noise, Koan, Alvin Risk, The M Machine, Nick Thayer and Dillon Francis, all of who will be making special guest appearances.