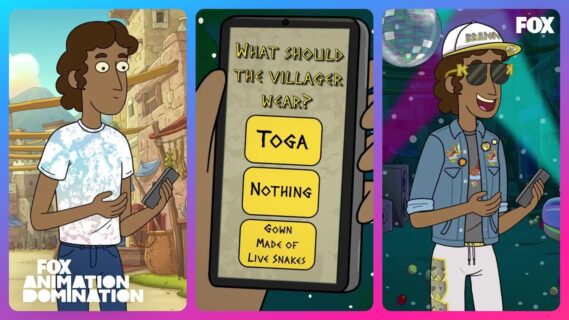 and First Look at Future Drops

Dan Harmon, the creative genius behind the hit series “Rick and Morty” and “Community,” and FOX Entertainment’s Web3 media and creative technology company, Blockchain Creative Labs, are excited as KRAP to unveil krapopolis.com, featuring utility-focused, chicken-inspired NFTs ahead of the debut of FOX’s new animated comedy, KRAPOPOLIS. The program’s inaugural collection of “Krap Chickens,” a series of limited-edition NFTs, will drop for purchase on Thursday, August 11. 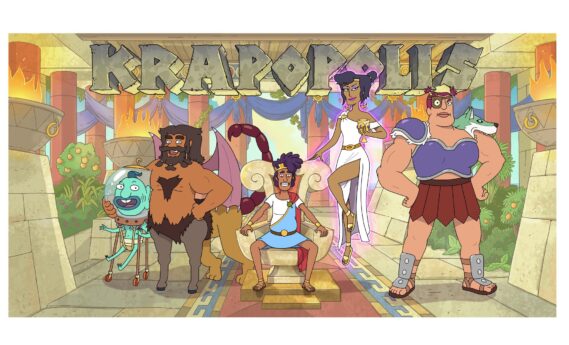 Marking the first animated comedy to be curated on the blockchain, KRAPOPOLIS is set in mythical ancient Greece and tells the story of a dysfunctional family of humans, gods and monsters that try their hand at running the world’s first cities – without trying to kill each other, that is.

Fans of Harmon and the program will have the opportunity to purchase and collect NFT “Krap Chickens” that unlock exclusive utility and social media clout, including digital and real-life experiences within the KRAPOPOLIS universe. In addition to being one of history’s earliest forms of currency, the “Krap Chickens” NFTs will give collectors access to KRAPOPOLIS’ burgeoning digital ancient civilization, such as token-gated access to content and private screening rooms, entry to Discord channels, invitations to meet-and-greets with cast and producers, KRAPOPOLIS merchandise, series voting rights and first-look exclusivity to forthcoming NFT drops.

Krapopolis.com will drop 10,420 “Krap Chickens” in total. Why 10,420? Because that’s about how many seconds it would take a chicken to run a marathon, obviously. Each minted NFT will be unique, produced and illustrated by KRAPOPOLIS animators and generated from a wide range of attributes with varying degrees of rarity. All NFT artwork will originate directly from content that appears in the program.

“In addition to being one of the most groundbreaking storytellers in the business, Dan is a master at cultivating fan engagement and building community among viewers,” said Scott Greenberg, CEO of Blockchain Creative Labs and Co-Founder and CEO of Bento Box Entertainment.  “This first collection of KRAPOPOLIS NFTs, and the utility they will provide, represent the early beginnings of how Dan and other creators can harness Web3 to open the door and bring audiences closer to their content than ever before.”

Set to premiere on FOX in 2023 and created by Harmon, KRAPOPOLIS features the voices of Emmy Award winner Hannah Waddingham (“Ted Lasso”), Richard Ayoade (“The IT Crowd”), Matt Berry (“What We Do in The Shadows”), Pam Murphy (“Mapleworth Murders”) and Duncan Trussell (“The Midnight Gospel”). KRAPOPOLIS is produced by FOX Entertainment’s Emmy-winning animation studio, Bento Box Entertainment.  The program is fully owned by FOX Entertainment.  Jordan Young is executive producer/showrunner, working under Harmon’s supervision and handling the series’ day-to-day activities.

Writer, producer, creator and actor Dan Harmon is the Emmy-winning creator/executive producer of the comedy series “Community,” the co-creator/executive producer of Adult Swim’s “Rick & Morty,” and creator and executive producer of FOX’s KRAPOPOLIS. “Rick & Morty” premiered in December of 2013 and quickly became a ratings hit, breaking records as the #1 comedy in key demos and garnering consecutive Emmy wins for Outstanding Animated Program. In 2018, Adult Swim renewed the series for 70 new episodes. “Community,” which ran for five seasons on NBC and a sixth on Yahoo, was recognized with multiple Emmy nominations, Critics Choice Awards, and more accolades. In 2014, Harmon starred in the documentary “Harmontown,” which chronicled his live podcast tour by the same name, and in 2015, executive produced the Oscar®-nominated animated feature film “Anomalisa.” Harmon’s projects currently in various stages of production include “Little Demon” (FX), “Strange Planet” (Apple TV+) and the latest season of “Rick & Morty.”