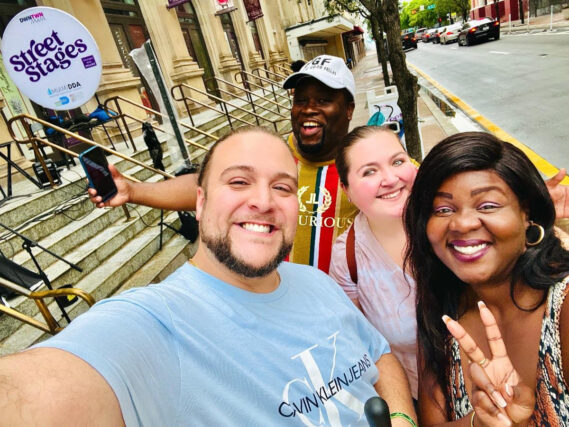 THU • JUN 30 • 5:30p + 7:30p
@ 100 NE 1 AVE. (Old Post Office Steps)
S.O.U.L. (Thierry DeJean) • R&B/Soul​
Thierry DeJean is a native New Yorker, but originally born in Port-au-Prince, Haiti. At an early age he started playing the piano. Realizing that music was in his blood, Thierry began to play keyboards with popular local and regional bands. Always seeking ways to grow musically, he started composing, producing and arranging for aspiring as well as established artists and musicians. In 2005, Thierry left NYC  & relocated to Miami. His musicianship has given him the ability to travel  to various countries around the world including: Spain, Italy, Sweden, Switzerland, Jamaica and Mexico. Thierry has performed in more than 20 states in the US.