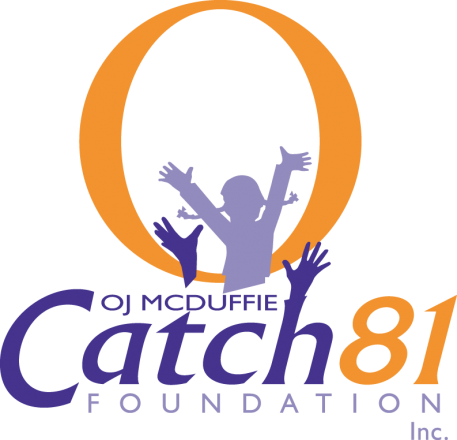 The O.J. McDuffie Catch 81 Foundation has partnered with World Poker Tour (WPT) ® and Seminole Hard Rock Hotel & Casino to present the inaugural “Catch On” Charity Poker Classic. The $10,000* guaranteed prize pool event will be held at Seminole Hard Rock Hotel & Casino main ballroom on Monday, April 15 at 6 p.m. The “Catch On” Charity Poker Classic is being held during the WPT Showdown Series taking place April 1 -16, 2013 and segments of the event will be nationally televised.

O.J. McDuffie was one of the National Football League’s best receivers throughout the 1990s.  Dan Marino stated in his retirement speech, “O.J. was probably the toughest guy I ever played with.”  He led the NFL in receptions in 1998 and was named the Miami Dolphin’s MVP in 1997 and 1998.  He still remains the fourth all-time receiver in Miami Dolphin history.  As a First Team All-American at Penn State University, “Juice” was the Miami Dolphins first round draft pick in 1993, where he played his entire nine year professional football career.  A fearless competitor who always gave 100%, O.J. was a leader both on and off the field.

A $200 buy-in donation will secure a place in the tournament that starts with 2,000 units. Registration is open until the end of level 4 and re-buys and add-ons will be available. The Top 10 spots will be paid out.

The tournament is open to anyone 18-years of age or older. On-site registration for the WPT Seminole Showdown Main Event is now open and will remain so until the start of Level 6 on Day 1B, April 12. (Registration fee is non-refundable.) To participate, players must obtain a free “Wild Card” at the Player’s Club or in The Poker Room at Seminole Paradise.

Players can pre-register for the “Catch On” Charity Poker Classic tournament at www.catch81foundation.org/catch-on-charity-poker-tournament/ . The first 100 players who pre-register receive a $25 gift.

The full schedule of events for the WPTSeminole Hard Rock Hotel & Casino Poker Showdown can be found on The Poker Room webpage. Follow The Poker Room on Twitter at @SHRThePokerRoom .

World Poker Tour and Seminole Hard Rock Casinos have a multi-year partnership that includes several WPT events and the development of official WPT Poker Rooms inside select Seminole Hard Rock Casinos. To register, book a hotel package or get more information on this event, please call 954-585-5111 or visit www.seminolehardrockhollywood.com/poker or www.WorldPokerTour.com.