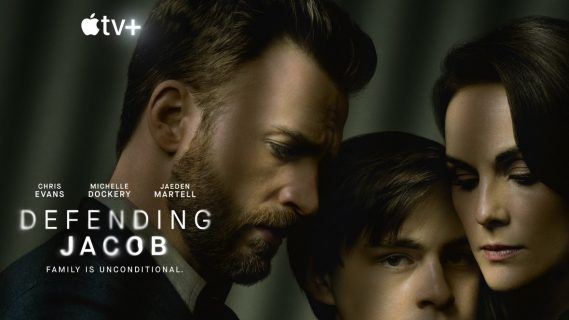 A gripping, character-driven thriller based on the 2012 New York Times best-selling novel of the same name, and starring Chris Evans, Michelle Dockery, Jaeden Martell, Cherry Jones, Pablo Schreiber, Betty Gabriel, Sakina Jaffrey and J.K. Simmons. The limited drama series unfolds around a shocking crime that rocks a small Massachusetts town and one family in particular, forcing an assistant district attorney to choose between his sworn duty to uphold justice and his unconditional love for his son.

The first three episodes are now streaming, and new episodes will premiere weekly, every Friday.

Beastie Boys Mike Diamond and Adam Horovitz tell you an intimate, personal story of their band and 40 years of friendship in this live documentary experience directed by their longtime friend and collaborator, and their former grandfather, filmmaker Spike Jonze. “Beastie Boys Story” is set to premiere on the heels of the 26th anniversary of the release of Beastie Boys’ No. 1 charting 1994 album, “Ill Communication.” The film reunites Beastie Boys with director Spike Jonze over 25 years after directing the music video for the album’s immortal hit single, “Sabotage.”