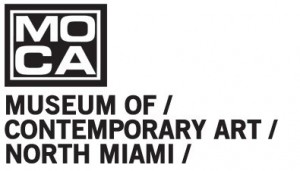 Museum of Contemporary Art’s Music at MOCA series will welcome Florida Grand Opera’s Young Artists for a special performance on Friday evening, March 18 at 7 pm.    The rising young opera stars will perform excerpts from FGO’s upcoming productions of Mozart’s Don Giovanni and David DiChiera’s Cyrano. In addition, the singers will discuss the musicality of each piece and its significance in the overall opera.

The performance will be held  at the Museum of Contemporary Art, 770 NE 125th Street, North Miami. Tickets are $5 (free for MOCA members, North Miami residents and children under 12.).  Seating is limited. Reservation and advance payment are required to guarantee seating.  Free parking is available.

MOCA galleries will be open until 9 pm.  The exhibitions on view are At Capacity: Large-Scale Works from MOCA’s Permanent Collections and Recent Acquisitions, Open Process: New Works by Miami Artists and WORD: Poetry-Related Work in the Permanent Collection.

Ashley Vazquez
Apprentice Coach & Accompanist
Ashley Vazquez completed her Master of Music degree in Collaborative Piano at the University of Michigan under the direction of Martin Katz. She has served as a coach/répétiteur for Ashlawn Opera Festival, Opera in the Ozarks, University of Michigan Opera Theater, and  Interlochen Center for the Arts. She is currently a Young Artists coach and accompanist at Florida Grand Opera.

Craig Colclough
Bass-Baritone
Craig Colclough started his career at the Los Angeles Opera in 2008 being directed by film legend Woody Allen in Puccini’s Gianni Schicchi. He was a 2008 National Semi-Finalist at the Metropolitan Opera National Council Auditions in New York and has has been a guest artist with the Pacific Repertory Opera and Performance Riverside CLO. He has been a soloist with the Israeli Symphony Orchestra, the California Philharmonic and the Redlands Symphony. Craig joined the Young Artist Studio in 2010 and appeared in the productions of Turandot and Tales of Hoffmann.

Courtney McKeown
Mezzo-Soprano
Courtney Mc Keown is a graduate of DePaul University and Northwestern University. She has sung with Kentucky Opera, the Dayton Opera and Opera Tampa and has been honored with a Chautauqua Opera Encouragement Award for her work. In the summer of 2010, Ms. McKeown joined the prestigious Young American Artists Program at Glimmerglass Opera and sang Marcellina in their production of Le Nozze di Figaro. In the 2010-2011 season at FGO she has appeared as The Mother in the Tales of Hoffmann and will perform the role of  La Duegne in Cyrano.

Daniel Shirley, a graduate of Indiana University,  has appeared with Arbor Opera Theater, Santa Fe Opera, Chautauqua Opera and the Indianapolis Symphony Orchestra, Bloomington Chamber Singers, and the Columbus Philharmonic, As a 2009 Santa Fe apprentice he was invited by the composer/conductor Frederic Chaslin to record the role of Edgar in his new opera Wuthering Heights. This season with FGO, Daniel performed in Turandot and The Tales of Hoffmann, and will perform in Cyrano.