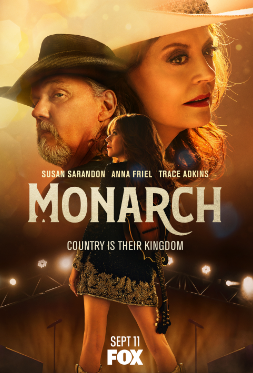 TAKE A LOOK BEHIND-THE-SCENES AT THE MAKING OF

VIEWERS CAN VISITMONARCHPLAY.COM EACH WEEK

TO LEARN NEW SONGS FROM THE SHOW ON THE GUITAR! 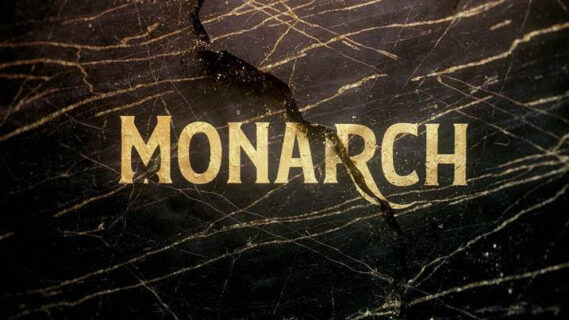 Produced by three-time GRAMMY Award nominee and series executive music producer Adam Anders and co-produced by Peer Åström; written by Adam Anders, Heather Morgan and Casey Brown, “American Cowgirl” is a song that captures both the spirit of the show and speaks to the complicated relationship between the mother and daughter duo of country music’s first family, Dottie and Nicky Roman.

“We wanted the song “American Cowgirl” to feel like an American classic, but fresh and current at the same time.  It had to embody both Dottie and Nicky Roman’s characters musically and lyrically.   To accomplish this we teamed up with Casey and Heather, two of the best songwriters in Nashville.   When we stumbled on the lyrics “red lips, blue jeans, white pearls’ in our writing session, I knew had something special,” said Anders.

MONARCH is a Texas-sized, multi-generational musical drama about America’s leading family of country music. Headed by the insanely talented, but tough as nails Queen of Country Music DOTTIE CANTRELL ROMAN (Academy Award winner Susan Sarandon, “Feud,” “Thelma & Louise”) and her beloved husband, “Texas Truthteller” ALBIE ROMAN (multi-Platinum country music star and three-time Academy of Country Music (ACM) Award winner Trace Adkins, “Old Henry”), the family has become a country music dynasty. But even though the Roman name is synonymous with authenticity, the very foundation of their success is a lie. And when their reign as country royalty is put in jeopardy, heir to the crown NICOLETTE “NICKY” ROMAN (Golden Globe nominee Anna Friel, “Pushing Daisies”) will stop at nothing to protect her family’s legacy, while ensuring her own quest for stardom.