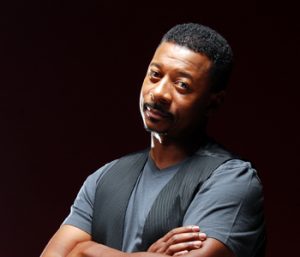 Film Life, Inc. is proud to announce its lineup of the highly acclaimed Master Class series to be held during the 15th annual American Black Film Festival (ABFF) in Miami, Florida, July 6-9, 2011. Designed to incorporate a variety of disciplines such as screenwriting, producing, directing, acting, film scoring and cinematography, this year’s workshop series will be led by renowned industry experts Michael Elliot, Bill Duke and Robert Townsend.

Pre-registration is available through June 3 at www.ABFF.com and on-site registration opens July 6.

The first in the series scheduled to take place July 7, “From Script to Screen” will be led by 2011 NAACP Image Award winner for ‘Outstanding Writing in a Motion Picture,’ Michael Elliot. Known for such films as, Brown Sugar and Just Right, Elliot will teach novice and seasoned writers alike creative as well as the business side of developing and promoting a screenplay. A self-taught writer who learned the craft by studying his favorite films and successfully sidestepping Hollywood’s barriers-to-entry without a manager or agent, Elliot will provide festivalgoers with a comprehensive crash course. He will also reveal his “7 Secrets to creating interesting, real and multi-dimensional characters” and provide invaluable tactics to launching careers in screenwriting in addition to de-mystifying the industry’s standard 3-Act structure for movie scripts. “From Script to Screen” is presented by the Writers Guild of America, West.

Elliot’s writing credits include films: MTV’s Hip-Hopera: Carmen (2001), which launched the film career of Beyonce Knowles; Like Mike (2002), which starred rapper/actor, Bow Wow; Brown Sugar (2002), which starred Taye Diggs and Sanaa Lathan; and Just Wright (2010), which stars Queen Latifah, Common, and Paula Patton.  Since his first script sale in May of 1998, he has sold over 25 projects to studios and networks.

The 3-session “Actors Boot Camp,” July 7-9, led by veteran actor/director/producer/writer Bill Duke is one of the highlights of this year’s festival. Sponsored by the Film Life Foundation, it is targeted for the serious actor. Having taught and collaborated with the best in the business, Duke has helped to shape and mold such A-list actors as Taraji P. Henson, Anthony Anderson and Shemar Moore.

Throughout the session, Duke will teach the craft of acting, provide precious insight into the business of entertainment and offer insightful tips on building a career in the field. The highpoint of the course will be an actual role play exercise whereby select attendees will get an opportunity to perform a prepared monologue or scene (reading materials provided by ABFF) before the class under the direction of Duke.

Bill Duke first broke into TV in the early 80s directing episodes of well known TV shows (including Miami Vice, Cagney & Lacey and Hill Street Blues) and went on to divide his time between appearing in front of the camera and behind it on films such as Predator, A Rage in Harlem, Deep Cover and Sister Act 2: Back in the Habit. Bill Duke began his drama training at Boston University followed by NYU’s Tisch School of the Arts and the American Film Institute.

To round up the master class series, registered ABFF attendees will learn how to pitch their film or television show idea with Robert Townsend’s “The Ultimate Pitch,” July 8, one of Hollywood’s most successful filmmakers. Designed for those seeking to break through to the next level, acclaimed producer/director Robert Townsend will discuss his technique for pitching ideas: from concept to development, through the various stages of re-writes, pitching to executives at studios, and give advice on how to close the deal with clarity, precision and confidence. As an added bonus, Townsend will also listen to pitches from class attendees and help critique, refine and further develop those presented in session. One lucky attendee will also be handpicked to get his or her idea fully developed with Townsend, and then go on to pitch it to a Hollywood studio.

Established in 1997, the core mission of the ABFF is to promote cultural diversity within the motion picture industry. Through its film showcases and special contests, it annually introduces the top echelon of emerging artists to the film and television industry.
The ABFF is a property of Film Life, Inc., a New York-based event marketing, production and film distribution company founded in 2000 by Jeff Friday (CEO). For full details on this year’s festival, please visit www.abff.com.
For media inquiries, contact The Sorensen McQueen Group – Lisa Sorensen or Chandra McQueen at (646) 330-5458 or via email at Lisa@SorensenMcQueen.com or Chandra@SorensenMcQueen.com.