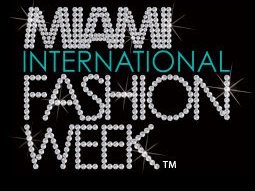 Since leaving Miami Beach in 2006, the annual event has grown significantly in its global reach and has earned an influential role in South Florida’s garment, tourism, international business, and hospitality industries.

“During the 2010 shows at the Shops at Midtown Miami, we had more than 58 international designers from 22 countries throughout Latin America, the Caribbean, India, the Philippines, Sri Lanka, Pakistan, Lebanon, Europe who unveiled their latest collections in women’s evening wear, prêt-a-porter, swimwear, men’s wear, jewelry and accessories,” said founder and President Beth Sobol. “Overall, it’s estimated that Fashion Week contributes about $14 million annually to the local economy as participants spend money on hotels, restaurants, entertainment, and transportation.”

MBIFW will continue several of it’s trademark events such as the exciting Miami Moda & Music Awards® show that takes place on the final night and presents honors and awards to pioneering designers and features live performances from electrifying recording stars.