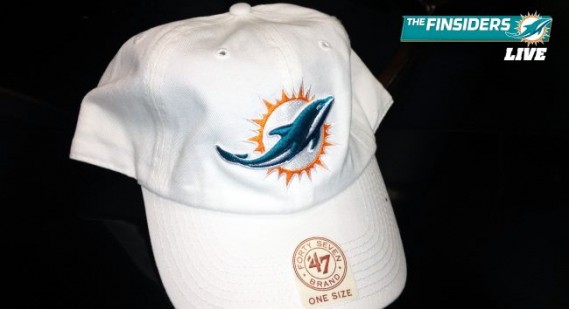 The Miami Dolphins will host two unique and interactive community events in connection with the upcoming NFL Draft and the debut of the team’s logo and uniform at the 2013 Draft Party on Thursday, April 25 and the second annual Fin Fest, Saturday, April 27. Both events are presented by Melanoma Exposed ™ and AT&T. Admission and parking for both events are FREE at Sun Life Stadium.

The debut of the logo and uniform evolution will take place at 7:00 p.m., Thursday, April 25 at Sun Life Stadium. The event will feature a host of current and former Dolphins greats, including a once-in-a-lifetime experience where fans will see the evolution of the Dolphins uniforms featuring Bob Griese, Dan Marino and Jason Taylor in the uniforms of their time followed by the debut of the team’s new uniform modeled by current players. Fans will also have the opportunity to go on the field to pose for photos with the new logo. Additionally, new Dolphins merchandise, including team jerseys, will be available for purchase at the event. Fans will also have the opportunity to watch the live primetime broadcast of the NFL Draft.

The second annual Fin Fest will be held on Saturday, April 27 at Sun Life Stadium, with events designed for the entire family. Fans should pre-register for this free event at dolphins.com/finfest.  Those who register will receive a complimentary new logo gift at Fin Fest.  Pre-registered Season Ticket Members are invited to a private player autograph session beginning at noon.  Doors open at 1:00 p.m. for the general public.

Fans attending Fin Fest will have the opportunity to obtain current Dolphins player and alumni autographs throughout the day, watch the 2013 Miami Dolphins Cheerleaders Final Auditions,  play on the field, shop at the team garage sale and enjoy Dolphins memorabilia displays.   Fin Fest will also feature live draft coverage and analysis by The Finsiders. Additionally, fans can purchase season tickets and preview premium seating options available for the 2013 season while at Fin Fest.  Season tickets start at just $34 per ticket per game and offer fans exclusive savings, experiences and access.

SeaWorld Orlando will showcase its “Epic Voyage” campaign, this sneak peek of their newest attraction, Antarctica: Empire of the Penguin™ features a family experience with a massive ice dome, photo and video opportunities, prizes, and live penguins.

Additionally, a team of healthcare professionals, including licensed dermatologists, will be conducting free skin cancer screenings during the 2013 Draft Party and Fin Fest as part of the Melanoma Exposed Screen. Protect. Know. Tell. campaign. Last year, Melanoma Exposed screened nearly 400 Dolphins fans for skin cancer and the team hopes to screen even more this year. Melanoma Exposed is an educational campaign led by melanoma advocacy groups and Bristol-Myers Squibb to raise awareness of melanoma and its risk factors. Visit www.MelanomaExposed.com/events to learn more.

Logo and Uniform Evolution will take place on the field

Fans can pre-register for a complimentary new logo gift at dolphins.com/finfest