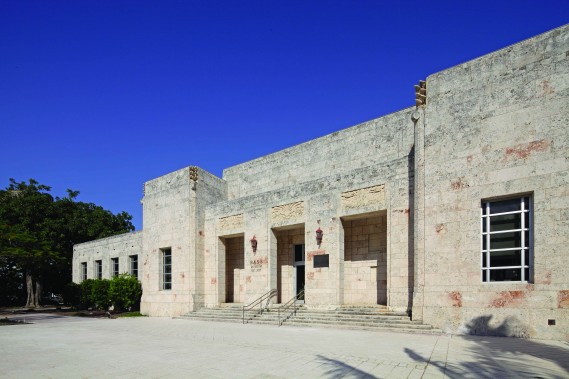 Historically Miami’s most elite formal affair since its inception in 1983, and amplified over the last 10 years by Art Basel Miami Beach’s most posh patrons, this year’s Miami Art Museum (MAM) Ball will mark new firsts with celebrity hosts, artist ambassadors, and the first-ever “Crash the Ball” party. Opening the door to a dynamic new guest list, this year’s hosts and ambassadors range from famed artists to bold face names the likes of Gloria Estefan and Dolphins owner Steve Ross; the next set of socialites and collectors; and Miami and Art Basel’s most established gala goers. The MAM Ball is upping the ante to once again be the most coveted affair during Miami Art Week and Miami’s social calendar.

The Ball will conclude with the first annual premiere of “Crash the Ball” as the official after party led by MAM Contemporaries, the museum’s young professional group. Guests will step outdoors into a lavish video lounge on the waterfront terrace, as one of Miami’s hottest deejays transforms the event into Basel’s biggest dance party.

Patrons of the Ball will be treated to an exclusive viewing of Miami-based, internationally acclaimed artist Dara Friedman’s latest video work, Dancer. Each centerpiece will be designed by one of MAM’s featured artists, available for guests to take home at $500 each, offering a meaningful memory and piece of art from an epic evening.

Where: Fontainebleau Miami Beach inside the Glimmer Ball Room and on Glimmer Terrace