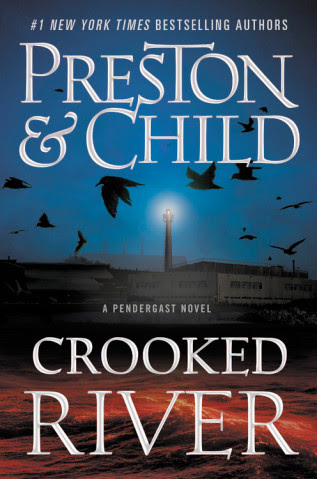 Racing to uncover the mystery of several light green-shoe-clad severed feet found floating in the Atlantic, Agent Pendergast is faced with most inexplicable challenge of his career in this installment of the #1 NYT bestselling series.

A STARTLING CRIME WITH DOZENS OF VICTIMS…
Appearing out of nowhere to horrify the quiet resort town of Sanibel Island, Florida, dozens of identical, ordinary-looking shoes float in on the tide and are washed up on the tropical beach–each one with a crudely severed human foot inside.

A GHASTLY ENIGMA WITH NO APPARENT SOLUTION…
Called away from vacation elsewhere in the state, Agent Pendergast reluctantly agrees to visit the crime scene–and, despite himself, is quickly drawn in by the incomprehensible puzzle. An early pathology report only adds to the mystery. With an ocean of possibilities confronting the investigation, no one is sure what happened, why, or from where the feet originated. And they desperately need to know: are the victims still alive?

The thrillers of Douglas Preston and Lincoln Child “stand head and shoulders above their rivals” (Publishers Weekly). Preston & Child’s Relic and The Cabinet of Curiosities were chosen by readers in a National Public Radio poll as being among the one hundred greatest thrillers ever written, and Relic was made into a number-one box office hit movie. They are coauthors of the famed Pendergast series, and their recent novels include Verses for the Dead, City of Endless Night, The Obsidian Chamber, and Blue Labyrinth. In addition to his novels and nonfiction works (such as The Lost City of the Monkey God), Preston writes about archaeology for the The New Yorker and National Geographics magazines.