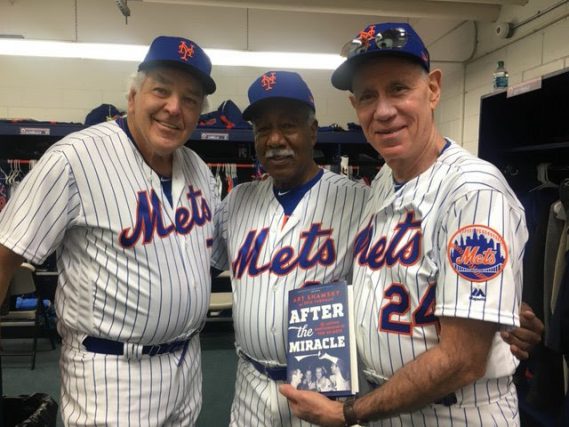 Meet ’69 Mets outfielder
ART SHAMSKY
and co-author ERIK SHERMAN
discussing
After the Miracle: The Lasting Brotherhood of the ’69 Mets

The New York Mets franchise began in 1962 and the team finished in last place nearly every year. When the 1969 season began, fans weren’t expecting much from “the Lovable Losers.” But as the season progressed, the Mets inched closer to first place and then eventually clinched the National League pennant. No one had predicted it. In fact, fans could hardly believe it happened. Suddenly they were “the Miracle Mets.”

After the Miracle (Simon & Schuster, $28) is an inside account of an iconic team in baseball history told by ’69 Mets outfielder Art Shamsky, Hall of Fame pitcher Tom Seaver, and other teammates as they reminisce about what happened then and where they are today.