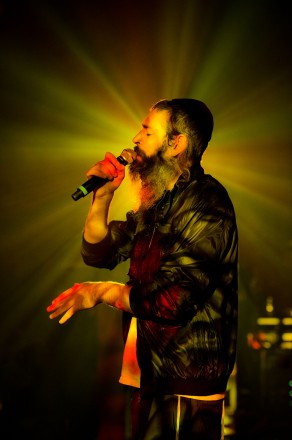 Grammy-nominated reggae artist Matisyahu comes to the intimate Fillmore Miami Beach at the Jackie Gleason Theatre on Thursday, August 25th at 8PM.  This is part of the Cruzan Concert Series.

Five years after creating an indelible mark on the U.S.’ musical consciousness with the release of his groundbreaking original live album, Live at Stubb’s, Matisyahu returned to the famed Austin, TX, venue last August with his band the Dub Trio for an unforgettable live music experience.  Showcasing his impressive artistic evolution and incredible vibrancy on stage, this raw and inspiring musical journey was captured in the form of Live at Stubb’s Vol. II (his latest effort)  – a rare and sure-to-be-treasured time capsule for the magic that happened in Austin that night. The collection was released as a DVD/CD and the DVD was premiered at SXSW this year in the city of its origin. Now, with three critically acclaimed albums, Matisyahu has become one of the most beloved and pioneering artists in music today with Stubb’s holding a special meaning for him and his devoted fans. Relix said this new collection is “proof that Matisyahu can naturally straddle the line between pop star and jamband stalwart like few of his peers.”