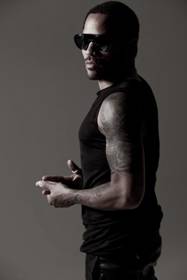 Legendary rocker Lenny Kravitz is pleased to announce dates for his first American tour in five years. Set to kick off on January 28th in New York, NY, the nearly 20-city tour is happening in conjunction with the artist’s ninth studio album Black and White America. The tour is currently scheduled to conclude at the Fillmore Miami Beach on Saturday, February 25th.  Raphael Saadiq is set to join Lenny Kravitz as the special guest on this and other select dates of the US tour, making for what is sure to be a night of unforgettable music. These US dates follow hot on the heels of the first leg of Kravitz’s world tour, which has been playing to sold out stadiums and arenas across South America and Europe throughout the fall of 2011.

The tour comes to the Fillmore Miami Beach at the Jackie Gleason Theatre on Saturday, February 25th.  General Admission tickets are $49.50 and go on sale beginning Friday, January 6th at Ticketmaster.com, LiveNation.com or charge by phone 800-745-3000 and at the Fillmore Box Office during normal business hours (Mon. – Fri., 11AM – 6PM and during show days).  The Fillmore Box Office will also be open at 10AM on Friday, January 6th for the onsale.

Upon wrapping the first leg of his world tour, Lenny Kravitz returned to the US this December and completed a series of appearances in support of his new album on national television shows including The Ellen Degeneres Show, The X Factor, Piers Morgan Tonight, The Tonight Show with Jay Leno and an outdoor concert on Jimmy Kimmel Live!. Lenny also just recently released the music video for his latest single “Push” a reflective and inspirational song that is set to impact radio on January 23rd.

Following his US dates, Lenny Kravitz is set to take his band overseas to Australia and Japan for the third leg of his world tour. He will return to the US and Europe for additional concert dates later this year. Lenny Kravitz is also set to appear as Cinna in the highly anticipated motion picture The Hunger Games, which will hit theaters March 23rd.

DATES FOR LENNY KRAVITZ’S AMERICAN TOUR ARE AS FOLLOWS:

Regarded as one of the preeminent rock musicians of our time, Lenny Kravitz has transcended genre, style, race and class into a 20-year musical career, one which revels in the rich influences of ’60s and ’70s soul, rock and funk. Lenny Kravitz is a four time GRAMMY Award winner and has sold over 35 million albums worldwide. The artist’s multiple talents as a writer, producer and multi-instrumentalist have resonated through eight studio albums into a timeless catalog.   This fall Lenny Kravitz released his 9th studio album, Black and White America to critical acclaim.  Marking his first release of new material in three years, Black and White America is a rich rock and funk-infused collection filled with Lenny’s signature guitar riffs, compelling melodies and the undeniable anthemic lyricism that has been his trademark over the course of his 20-year career.